To share your memory on the wall of Daniel Sullivan, sign in using one of the following options:

Print
EAST FISHKILL - Daniel J. Sullivan, 73, an area resident since 1975 and formerly of Carmel and Brewster, died on February 11, 2020 at ArchCare at Ferncliff Nursing Home surrounded by his family.

Born in Maspeth, Queens on August 2, 1946,... Read More
EAST FISHKILL - Daniel J. Sullivan, 73, an area resident since 1975 and formerly of Carmel and Brewster, died on February 11, 2020 at ArchCare at Ferncliff Nursing Home surrounded by his family.

Born in Maspeth, Queens on August 2, 1946, he was the son of Timothy and Madelyn (Tkacsik) Sullivan. Dan proudly served in the Navy and was stationed for two years on the USS Wasp in the Mediterranean. Dan had been employed as a Cable Splicer for New York Telephone and Verizon for 35 years until his retirement in 2004. He was a parishioner of St. Columba Church, and a member of the Wappingers Elks Lodge and the Sons of Italy. He enjoyed hunting and playing cards. He had also been an East Fishkill Baseball Coach.

On September 5, 1970 at St. Augustine’s Church in Ossining, Dan married Therese “Tess” Cullen who survives at home. He is also survived by his children and their spouses, Tracey and Dominic Valente of Highland, Daniel Sullivan and his fiancé Nataly Hoyt of Fishkill, John and Alice Alexander of Brewster; his grandchildren, Dominic, Danica and Donovan Valente, Ethan and Aiden Sullivan; his siblings, Timothy Sullivan, Kathleen Berg and Kerri Orce; and several nieces, nephews, great nieces and great nephews.

Consider providing a gift of comfort for the family of Daniel Sullivan by sending flowers.

We encourage you to share your most beloved memories of Daniel here, so that the family and other loved ones can always see it. You can upload cherished photographs, or share your favorite stories, and can even comment on those shared by others.

Posted Feb 22, 2020 at 10:51am
Tess, Little Dan, Tracy and Family,
Please know that I am heart - broken to hear of Big Danny's passing. My friendship with Danny's sister, Kathleen, started in my Freshman year of HS and soon after brought me to be part of the Sullivan family. Every weekend I would sit with Mr. & Mrs Sullivan (I eventually won over Mr. Sullivan) (lol), Danny, Kathy, Timmy & Kerri. Danny was always friendly and welcoming. Through the coming years Danny and his son (little) Dan would Bow hunt on our property in NY. My husband and I enjoyed the stories Danny would tell us of some of his telephone customers i.e. Mr. & Mrs Bill Clinton. I considered Danny like a brother. He was caring and a good friend. He will be missed. With Love & much Sympathy, Always..Josephine & Daryl xo
Comment Share
Share via:
DE

Posted Feb 13, 2020 at 06:11pm
Our paths did not cross often, but when they did I always enjoyed sitting and talking with Danny. My father, Charles Tasik, loved him so dearly. Rest In Peace cousin. You are loved.
Comment Share
Share via:
C

My prayers for Danny who we know is watching over all of you and your lovely families My heart is breaking for you and I remember so many of the wonderful times that John, Patrick, Carrie Ann and myself were fortunate enough to share and now remember with you, I have been praying for Danny since Patrick told me the news when Danny first got sick. And now a little bit of comfort (I hope) I would like to share with you. I know that John and Danny are together in heaven and preparing the "next card game for themselves and all of their friends that are up there in heaven with them". My love to all of YOU!
Comment Share
Share via:
WH

Posted Feb 12, 2020 at 12:25pm
I’ve know Dan for over 50 years consider him one of my best friends. True friend. MISS YOU
DAN AND ALL THE GOOD TIMES WE HAD
Comment Share
Share via: 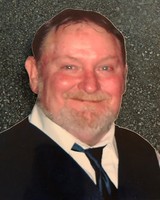 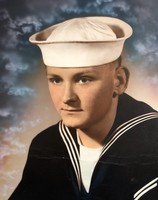 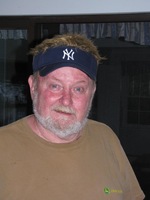