To share your memory on the wall of Ronald Bringman, sign in using one of the following options:

Print
Ronald Charles Bringman, Jr., 59, a 21 year resident of LaGrange and previously of the Bronx, died on February 12, 2020 at Vassar Brothers Medical Center.

Born on January 5, 1961 in Yonkers, Ron was the son of Ronald Charles and Maureen ... Read More
Ronald Charles Bringman, Jr., 59, a 21 year resident of LaGrange and previously of the Bronx, died on February 12, 2020 at Vassar Brothers Medical Center.

Born on January 5, 1961 in Yonkers, Ron was the son of Ronald Charles and Maureen (Fitzpatrick) Bringman, Sr. On April 1, 1989 in City Island, Ron married Karen Donahue.

Ron was an assistant general manager for the NYC MTA until his retirement, and had recently been employed as a bus driver for Millbrook Transit Authority. He was a member of 101 Rod Club and enjoyed fishing, hunting, riding his Harley Davidson and driving his Corvette.

In addition to his wife, Ron is survived by his children, Michael, Gregory, Collin, Nicky, Dylan, Alexander, James, Alyssa and Anthony; his granddaughter, Elizabeth; his siblings, Christopher Bringman, Judy Murray, Mariella Fitzpatrick, and Carolyne Bringman; and several nieces and nephews.

A Celebration of Ron’s life will be held on Monday from 12-4pm at Knights of Columbus, 20 Dr Fink Dr., LaGrangeville.

Arrangements are under the direction of the McHoul Funeral Home, Inc.
Read Less

Consider providing a gift of comfort for the family of Ronald Bringman by sending flowers.

We encourage you to share your most beloved memories of Ronald here, so that the family and other loved ones can always see it. You can upload cherished photographs, or share your favorite stories, and can even comment on those shared by others.

Posted Feb 17, 2020 at 09:43am
Ron you and Karen where there for us in a time of need. That will never be forgotten, can’t believe this has happen to such a great and loving family, our family will be there for yours whenever needed, why is it only the good dye young, we all will miss and never forget you, love the Foley family
Comment Share
Share via:
CN

Posted Feb 15, 2020 at 05:05pm
My prayers to Ronnie's family. One of the best guys to work with ever. Tons of positive energy, unreal in snowstorms and every day, great sense of humor, thanks for all of the split pea soup! His colleagues thought the world of him, He loved his family enormously.
Comment Share
Share via:
JG

Posted Feb 14, 2020 at 11:13pm
My condolences to the family. Zigster was my friend and partner at work. Rest In Peace my brother. Never forgotten.
Comment Share
Share via: 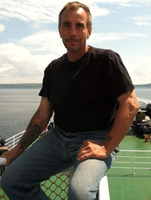 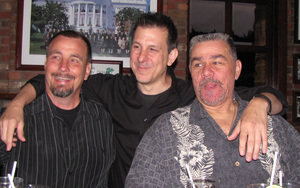 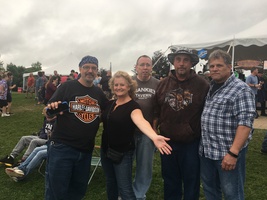