To share your memory on the wall of Adam Kirk, sign in using one of the following options:

Born in Tel Aviv, Israel, he was the son of the late Jack and Yae... Read More
POUGHKEEPSIE - Adam Gordon William Kirk, 58, an area resident since 1988 and formerly of Bayside, died unexpectedly on February 21, 2020 at Vassar Brothers Medical Center.

Born in Tel Aviv, Israel, he was the son of the late Jack and Yael (Eisenberg) Kirshenblat. An attorney for the last 31 years, Adam practiced law through The Law Office of Adam G. Kirk in Poughkeepsie for the last 31 years. A member of the New York State Bar Association (NYSBA), he had also served as a Judge for the Village of Wappingers Falls.

Adam enjoyed flying, sailing, scuba diving and gardening. He was a member of the Aircraft Owner’s and Pilot’s Association (AOPA).

Adam is survived by his wife of 27 years, Kim (Gida) Ortega; his daughter McKenzie “Binkie” Kirk of Poughkeepsie; his stepsons, Mario, Jamie and Ricky; and his sister and brother-in-law, Orly and Dennis Garrett of San Diego, CA. He was predeceased by his mother in 1994 and his father in 2006.

Calling hours will be held on Wednesday from 5-7pm at the McHoul Funeral Home, Inc., 895 Route 82, Hopewell Junction followed by a service at 7pm.

Memorial donations may be made to the Shriner’s Hospitals for Children. Please visit Adam’s Book of Memories at www.mchoulfuneralhome.com.
Read Less

Donations are being accepted for: THE SHRINERS HOSPITAL FOR CHILDREN.

Consider providing a gift of comfort for the family of Adam Kirk by sending flowers.

We encourage you to share your most beloved memories of Adam here, so that the family and other loved ones can always see it. You can upload cherished photographs, or share your favorite stories, and can even comment on those shared by others.

Posted Mar 18, 2020 at 11:51pm
Adam, today, March 18, your widow Kim, called our vet office and said you had died three weeks ago. What? We are shaking our heads “No!” You were brilliant, funny, incisive, joyful, trusting, wonderfully likable, a conspiracy theorist, a jokester, a spirited verbal novelist, protective, devoted, honest, memorable. We would stand on facing sides of the exam room and forget dogs and medicine and instead turn to politics and experiences and the enjoyment of friends sharing tales and time. We will miss you terribly, brother. We still cannot believe you are gone. Our condolences to all who knew you and loved you.
Comment Share
Share via:
AH

Posted Feb 29, 2020 at 12:43pm
I am in complete disbelief, I spoke with Adam very recently. He was a good and generous man. He will be missed. My deepest sympathies to Adam's family.
Comment Share
Share via:
T

Posted Feb 28, 2020 at 12:38pm
I truly am in great disbelief..he was the best lawyer a person could have..there's not enough words to do justice to Adam..you will be so missed....
Comment Share
Share via:

Posted Feb 26, 2020 at 06:55pm
My deepest condolences to Adams family. He could always turn a bad day into a better day and leave you with a smile or something positive to think about... You will be forever missed. RIP 🙏🏻 Tami
Comment Share
Share via:
MA

Posted Feb 26, 2020 at 10:23am
Please accept our most heartfelt sympathies for your loss... Our thoughts are with you and your family during this difficult time. 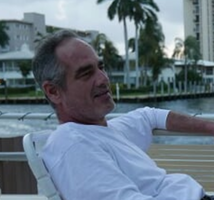