To share your memory on the wall of Bernard Tandy, Jr., sign in using one of the following options:

Provide comfort for the family by sending flowers or planting a tree in memory of Bernard Tandy, Jr.

Born on March 7, 1948 in Peekskill, he was the son of the late Bernard and Margaret (Broadie) Tandy. Bernard worked as a field engineer for International Union of Operating Engineers, Local 15D in New York City until his retirement in 2007.

On May 17, 1969 at St. Patrick’s Church in Verplanck, he married Doreen (Smith) Tandy who survives at home. Bernard is also survived by his children, Jonathan Tandy of Port Orange, FL and Suzanne Knapp and her husband Glenn of Salt Point; his grandchildren, Mason, Maddox, Cole, and Rayna; and many nieces, nephews, and friends. In addition to his parents, Bernard was also predeceased by his grandchild, Ronan Knapp in 2016.

Bernard will be remembered by all as the “Life of the Party”, and will not be forgotten by many friends. Most of all he will be missed by his family.

Due to the recent Coronavirus pandemic, funeral services will be private at this time. The family will host a celebration of Bernard’s life at a later date.

Donations may be made in Bernard’s Memory to Sparrow’s Nest. Arrangements are under the direction of the McHoul Funeral Home, Inc. Please visit his Book of Memories at www.mchoulfuneralhome.com.
Read Less

We encourage you to share your most beloved memories of Bernard here, so that the family and other loved ones can always see it. You can upload cherished photographs, or share your favorite stories, and can even comment on those shared by others.

Posted Mar 19, 2020 at 10:46am
Sincere condolences to the Tandy Family for your loss. Please know you are in our thoughts at this difficult time.
Comment Share
Share via:

Posted Mar 19, 2020 at 07:37am
Words may not suffice to express the heartfelt sorrow on the passing of our "Uncle Bern" our prayers and condolences to you, Aunt Doreen, Suzanne and Jonathan, their spouses and your grandchildren.
Comment Share
Share via: 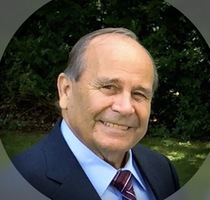