To share your memory on the wall of Robert Outer, sign in using one of the following options:

Provide comfort for the family of Robert Outer with a meaningful gesture of sympathy.

Print
A private service was held at Fairview Cemetery in Beacon.

Consider providing a gift of comfort for the family of Robert Outer by sending flowers.

Posted Apr 06, 2020 at 10:57am
My condolences to you and your family. I was privileged to work with him professionally and more importantly i was so very lucky to have called him my friend. Although we moved away I still checked in with him now and again. He was a great human being!
Comment Share
Share via:
DV

Posted Apr 05, 2020 at 08:19pm
The staff of Pamal Broadcasting (owners of WBNR/ WSPK and other stations) mournes the death of a veteran broadcaster and founder of these radio stations. Bob's years leading WBNR and broadcaster of Army West Point Football are legendary in the history of our stations. His community service defined what local radio is all about. Bob's smile and enthusiasm is missed both on the air and off. We wish his family peace and condolences.
Comment Share
Share via:
PB

Posted Apr 05, 2020 at 01:26am
I only knew Bob from being at Renegades games. He always had a smile on his face and would always stop to say Hello to the fans. Sorry for your loss.
Comment Share
Share via:
RN

Posted Apr 04, 2020 at 01:04am
Great memories of Uncle Bob, always sharing a joke or laugh. We will miss him and may his memory be for a blessing.
Xoxo Risa
Comment Share
Share via: 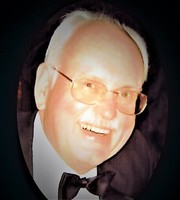