To share your memory on the wall of Ralph Lettieri, sign in using one of the following options:

Provide comfort for the family of Ralph Lettieri with a meaningful gesture of sympathy.

Print
EAST FISHKILL – Ralph J. Lettieri, 79, an area resident since 1973 and formerly of the Bronx, died on April 1, 2020 at Putnam Hospital Center.

Born in the Bronx on January 4, 1941, he was the son of the late Primo and Julia (DiMare) Lettieri. Ralph had been employed as a grocery clerk with the A&P in Goldens Bridge until his retirement in 2010.

Ralph was a parishioner of St. Columba Church in Hopewell Junction. A diehard Yankee fan, he was also Fourth Degree Member of the Knights of Columbus in the Bronx and the Pigeon Club in the Bronx.

On April 29, 1962 at Our Lady of Grace Church in the Bronx, Ralph married the love of his life, Marie Perrino, who survives at home. He is also survived by his children and their spouses, Denise Burlingame of Hopewell Junction, Ralph and Susan Lettieri of Mahopac, and Mary Rose and Brian Cleary of Pleasant Valley; his grandchildren, Beach and Amanda Burlingame, Douglas and Maureen Burlingame, Julianne Burlingame, Patrick Burlingame and Sarah Cleary; his great-grandchildren, Emily, Dylan, Beach IV and Anthony; his brother and sister-in-law, John and Johann Lettieri of Wappingers Falls; his sister and brother-in-law, Virginia and Robert Russiello of West Hempstead; his sister-in-law, Elizabeth Perrino of LaGrange; and many nieces and nephews. He was looking forward to the arrival of another great-grandchild in June. In addition to his parents, Ralph was predeceased by his son-in-law, Beach Burlingame Jr.; and his brothers, Vincent and Frank Lettieri.

A private interment was held at St. Denis Cemetery.

Consider providing a gift of comfort for the family of Ralph Lettieri by sending flowers.

Posted Apr 02, 2020 at 05:45pm
Uncle Ralph was a wonderful man, a gentle, kind soul who is greatly missed. He has been a part of my life for a long time (and Rich’s for quite a while, as well), and we have nothing but great memories of him. In these troubled times, it grieves us that we can’t mourn his passing as an extended family, but we will be with you in spirit. I hope our love will reach you in your sorrow and provide some comfort. Much love, Kate & Rich
Comment Share
Share via: 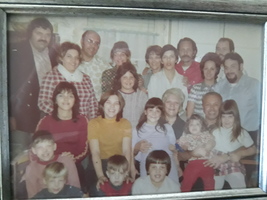