To share your memory on the wall of James Waldbillig, sign in using one of the following options:

Born on June 21, 1937, in Missoula, Montana, Jim was the son of the late John and Rachel (Anderson) Waldbillig. Throughout his childhood, Jim relished the time he would often spend on the farm in Idaho with his aunts and uncles. Following graduation from Montana State University in 1959, Jim earned his PhD from Washington State University in February, 1964. First employed by Shell Corporation in California, Jim then settled in New York to work as a chemist for Texaco, until his retirement in 1981. The move to the East Coast brought Jim to the love of his life, Norma Concetta Chiavelli, who he wed on June 27, 1971 at Holy Trinity Church in Poughkeepsie.

Married for nearly 49 years, Jim leaves behind Norma, his devoted wife, who cared for him always; son, Jeffrey John Waldbillig and his wife Stephanie (Preiato) of Hopewell Junction and grandchildren, Colin James, Jenna Anneliese, and Mason Richard; son, Paul Allan Waldbillig and his wife, Brenda (Passano) of Hopewell Junction and grandchildren, Elena Concetta, Olivia Ann, and Ava Celeste. Jim was lovingly known as “Papa” to his six grandchildren and took great pride in helping to watch them all when they were infants and toddlers, as well as attending their countless sporting events. Jim truly lit up when he was around them.

A NY Jets and college football fan until the end, Jim was also an avid gardener for many years, an outdoor adventurer in his youth, even climbing Mt. Rainier, and an astute follower of the stock market. For many years, Jim and Norma enjoyed a shared interest in golf, spending many moments together at Dogwood Knolls and various courses in the region.

A Mass of Christian Burial will be offered on Saturday, October 17, 2020 at 10 am at St. Kateri Church, 1925 Route 82, LaGrangeville. Burial will follow at St. Denis Cemetery.

Memorial donations may be made to Hudson Valley Hospice, 374 Violet Avenue, Poughkeepsie, NY 12601 in Jim’s honor. Please visit his Book of Memories at www.mchoulfuneralhome.com.
Read Less

Consider providing a gift of comfort for the family of James Waldbillig by sending flowers.

Posted Apr 24, 2020 at 12:01pm
Dear Norma.....Wayne and I are saddened to hear of Jim's passing. I guess it was a blessing based on what you had told me a few weeks ago when we met in Macy's. I am so glad we got to see each other!! It had been such a long time and we got to catch up a little bit. We have such a connection.....your catching my bouquet at our wedding back in 1968! And you met the love of your life, got married, had a long and wonderful life together and have a loving family. You and Wayne also go way back when you worked with his Mom, Edith, at the Marine Midland Bank! You two had a wonderful friendship, and for many many years....and you both married wonderful men!! God Bless you for taking such good care of Jim, and hope this notice finds you well and safe hunkered down in your home during this terrible pandemic. We send you our deepest condolences and prayers now and always.

Posted Apr 14, 2020 at 06:57pm
We are sending our thoughts and prayers to you all. We will remember Uncle Jim as the quiet sweet man that was always there for his family.
Sending lots of hugs to everyone. Sincerely Michael, Lori & Zachary Zampko
Comment Share
Share via:
JW

Posted Apr 10, 2020 at 11:33am
Dear Jeff, we are so sorry to hear of your Dad’s passing...to your Mom and all of your family; please accept our warm thoughts and prayers... the Wickeri family
Comment Share
Share via:
RJ

Posted Apr 09, 2020 at 10:24am
Norma, please accept mine and Ann Maries sincere condolences on your lose. I"m sure with help from your family, you will make it through these hard times. Know that we will be sure to look for any announcement of services in the future so we can attend and offer you the respect you deserve, I bless our parents for teaching us the importantance of family.

BE WELL and GOD BLESS 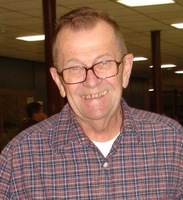