To share your memory on the wall of Barbara Lincoln-Hefele, sign in using one of the following options:

Provide comfort for the family of Barbara Lincoln-Hefele with a meaningful gesture of sympathy.

Barbara loved school, took up dancing at five years old and continued it through college. She couldn’t get enough of it—from ballet, tap and jazz to ballroom dancing—she just soaked it all up. It was her happiness. As a family we camped with friends and the beaches became our place to be. That love for the ocean has lasted with all of us, but it is Barbara’s “happy place”. I’m sure she is there, splashing in the water and wiggling her toes in the sand.

Mark took up hockey at five and became just as obsessed with it as Barbara was with dancing. Thank goodness Barbara loved hockey because we were away at games every weekend for years. We thought her love for hockey would come to an end but instead, she became a pro-hockey team fan and the Rangers took over where Mark’s hockey left off. Everyone knew better than to disturb her during a game.

Marriage and children came along after college and life became complicated in new ways. It took a while for things to settle down but they did. To her credit, she found herself and started the new path of a single parent. Life was difficult but once she put her mind to how she wanted her life to be, there was no stopping her. She started a job with Chazen Engineering in Poughkeepsie. It met her needs for her family and she enjoyed her work and the lovely people she worked with. She was a very dedicated, hard working employee always giving her best. Even with so many hospital interruptions and chemo treatments and just endless days of being sick, she would always try to meet her deadlines. Her last few months took its toll and when she knew her mind and body were failing her and she couldn’t do her job, it was so emotionally devastating. Barbara and Chazen had a 14 year relationship and she was very grateful to all her co-workers for their support and understanding.

Her most important achievement however, was her children, Ashley and Alyssa. She too had been blessed with wonderful little girls who were such a joy. Times were difficult but her love, strength and determination overcame the adversities. I watched in awe as she became a truly wonderful mother. The girls adored her and included their mother in everything. A very close bond was formed and she was so proud of them. Barbara shared her time and home with their friends and it was common to have a house full of kids in her basement every weekend. She loved it. The girls joined dance classes and cheerleading and somehow Barbara always managed to get involved more than she ever intended. Life was good. Alyssa is finishing her third year at Syracuse and Ashley is just graduating from Hofstra and starting grad school. I see their mother in them—always smiling, sweet, kind, encouraging others, hard workers, loving and appreciative of their families. Barbara has earned every right to be proud.

More happiness arrived with Mark and Christina’s son, Ryan in July 2006. A precious child that the whole world loves. And guess what? He has played hockey since he was a little tot and is now a handsome and smart almost 14 year old who makes us proud every day. We all attend Ryan’s games. But, he “belonged” to Aunt Barbara and even while dragging oxygen tanks and barely able to walk and breathe, Barbara would go to all his games. She was determined to participate in life.

To complete the picture, Christopher came in to her life and love was in the air. They got married in May of 2014 and promises of wonderful times ahead were dancing through their hearts and minds. She inherited a huge new family of relatives from Christopher’s side. His sister, Kathy and husband Ted and their three daughters Natalie, Marilyn, and Violet (who also plays hockey) live in Massachusetts. His older brother Tommy and wife Christina and sons Jacob, Aiden, and Logan live in Connecticut. His younger brother Patrick and wife Missy live in Putnam Lake. They are so special, as are numerous aunts and uncles and cousins.

One year later that world came crashing down when Barbara was diagnosed with terminal cancer. So for five years she fought like a warrior to continue to be all she could be for herself and everyone she loved. Nothing stopped her. She was a true inspiration to everyone who met her. Always smiling, never sharing her agony with anyone, just going day by day and trying to be a good role model for her girls. She was not going to give up. Thankfully for Barbara, Christopher was the epitome of a wonderful caretaker husband. A constant support in every way, showering her with gentleness and love. She was blessed to have had him in her life during this time. Sadly, she was taken too soon. She fought the good fight, but didn’t win the war against cancer.

We always expressed the importance of family and staying connected so Barbara was surrounded by love. Her aunts and uncles—Helen and Mac Williams, Dot and Steve Manos, Sharon and Ernie Manos, Gail Mitchell, and Jerry Lincoln were very special to her. Their children, Tricia, Tina, Elizabeth, Steve, Stephanie, Cindy, Erica, Brenda, and her late cousin David, all played wonderful roles in her life. Barbara’s step-daughter, Deanna, was thought of as “hers” for many years while they shared a home. Now she’s all grown up and is a beautiful young lady. Her niece, Kristen, also spent many years with Barbara and was able to be with her at her last moment. Our large extended family of cousins and their children, together with wonderful friends, have been a true joy and blessing.

Ashley and Alyssa describe their mother as a “force to be reckoned with”. They saw her as selfless, making sure that everyone was taken care of no matter the circumstances. She was lighthearted, making each visit, holiday, or regular day better. She was someone worth knowing and many people will miss her. Mom was a beautiful soul taken too soon. We hope you are pain free watching over all of us with that radiant smile. We miss you and love you. Rest in peace mom.

Regretfully, we are caught up in this shutdown preventing us from being together. Hopefully, in the near future we can proceed with a celebration of life gathering for Barbara. We would like to share good memories with all of you. As soon as arrangements can be made we’ll let you know and hope it will be at a time that is convenient for you to attend.

Be safe and well. Our love to you all.
Athena, Craig, Christopher, Ashley and Alyssa

If anyone wishes to make a donation in Barbara’s memory, please consider these two places from whom Barbara received wonderful care. Thank you.

Posted May 09, 2020 at 11:14am
My strong, beautiful hard working friend my heart is broken. I will always admire so much about you. Your strength, the endless love you had for Ashley and Alyssa, you fought so hard. I love you Barbara and I’m sorry you have been taken from your girls, husband and you parents. We all needed more time with you. Goodbye beautiful friend. 💔
Comment Share
Share via:
CA

Posted May 07, 2020 at 11:46pm
Chris, I only had the pleasure of meeting Barbara a few times, but she was always so warm and I could see she had a beautiful heart.

Posted May 07, 2020 at 03:41pm
My condolences to all who are touch by this difficult time. I am so grateful to have had such a cousin like her and to form the bond we did. God called her home way to soon but am glad to know she isnt in pain anymore and is smiling down upon us. Miss and love you always Barb. 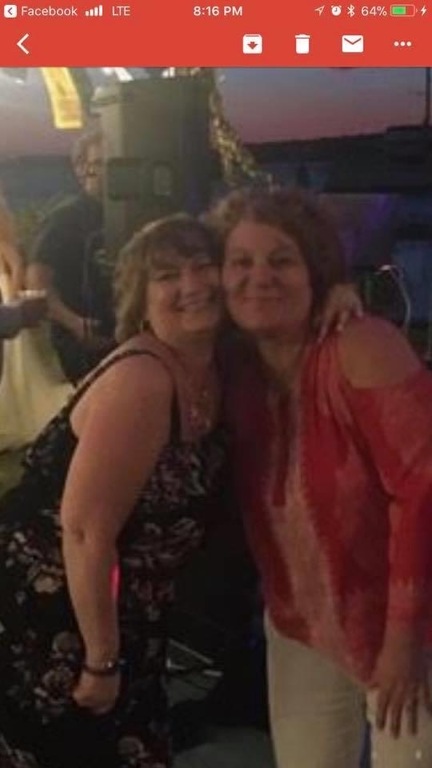 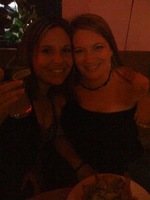 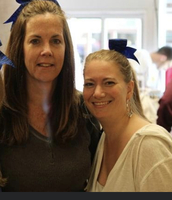