To share your memory on the wall of James Kline, sign in using one of the following options:

Print
FISHKILL - James Kline, a Fishkill resident for more than 35 years, died on May 10, 2020 at the Putnam Ridge Nursing Facility in Brewster. He was 64.

Son of the late Harold and Inez (Hutchins) Kline, Jim was born in Macomb, Illinois on ... Read More
FISHKILL - James Kline, a Fishkill resident for more than 35 years, died on May 10, 2020 at the Putnam Ridge Nursing Facility in Brewster. He was 64.

Son of the late Harold and Inez (Hutchins) Kline, Jim was born in Macomb, Illinois on October 5, 1955. After graduating Macomb High School, Jim proudly served his country in the U.S. Air Force from 1975 to 1979.

Jim dedicated 24 years to General Electric as an aircraft mechanic at various airports such as New York Stewart International Airport and Westchester County Airport. Jim had a passion for airplanes that he loved to share with his children.

Jim was a man of few words, but his love was countless. Jim’s love for his kids mirrored the love that God the Father has for all his children. Jim placed his faith in Jesus as a young man and his relationship with God guided his life from then on. Jim was a wonderful, godly example to his kids, and he brought them up in the faith that he believed in himself. Because of Jim’s faith in His Lord and Savior, we know with all confidence that Jim is now with Christ in heaven and one day we will be able to see him again.

A special thank you to all the dedicated staff at Putnam Ridge for their unwavering love and care for Jim.

All services are private. Memorial donations may be made to the Wounded Warrior Project, P.O. Box 758516, Topeka, Kansas 66675-8516 (www.woundedwarriorproject.org).

Arrangements are under the direction of McHoul Funeral Home of Fishkill, Inc. For online tributes, please visit Jim’s Book of Memories at mchoulfuneralhome.com
Read Less

Consider providing a gift of comfort for the family of James Kline by sending flowers.

Posted May 14, 2020 at 12:29am
Growing up in Macomb, Illinois we knew the Kline family fairly well. My twin, Kent, and I started in first grade with Jim and we graduated high school together. Jim was always polite, kindhearted, fun, and a good friend. Some memories I have of Jim: we went to a school dance together our freshman year, attended a few football games, and he also came to some youth group outings. Our families would chat and that is how I kept up with Jim. Three years ago in May, I was attending a wedding of a colleague in the Berkshires. From there we were headed south to NYC so I had gotten the name of the assisted living facility where Jim was residing. My husband and I stopped to visit. He was coming down the hall and we each instantly recognized and greeted one another. It was so good to see him and we had a lovely visit catching up. He spoke so proudly of his children and shared photos. And we spoke of the hope of Christ that lives within us knowing Christ as our Savior. What comfort this will be for you, I am so sorry for your loss. With heartfelt sympathy, Kim Hainline Redman
Comment Share
Share via:

Thank you so much Kim for your sweet words and for going to visit my dad when you were in NY. That means so much to our family❤️
SB

Posted May 12, 2020 at 08:30pm
We remember Jim as a man who loved his family, his friends and his God. Our families spent many good times together and we have fond memories of those days. Our thoughts and prayers are with his children and other family. May God bless you and hold you close in this difficult time. We rejoice in the confidence Jim has entered into Glory, and the promise that we will see him again.
Comment Share
Share via:

Thank you so much! Love-Sarah

Posted May 12, 2020 at 04:25pm
I remember where he lived and I think his dad was Harold? And the red hair. So sorry for your loss. Classmate Becky Featherlin Faxon (1974)
Comment Share
Share via:

Thank you Rebecca for your kind words and yes he had red hair lol. 💕
MC

Posted May 12, 2020 at 02:24pm
JIM WAS A GREAT GUY. EVEN THOUGH I HAD NOT SEEM HIM FOR SEVERAL YEARS I HAVE HELD FOND MEMORIES OF HIM EVER SINCE HIGH SCHOOL. I HOPE HE KNOWS HOW MANY PEOPLE THINK OF HIM AS A FRIEND. MAY JESUS OPEN HIS LOVING ARMS TO WELCOME HIM AND ALLOW HIS FAMILY PEACE.
Comment Share
Share via:

Thank you so much Monte for your kind words about my dad. Thanks for sharing a memory. God bless!
DT

Posted May 12, 2020 at 01:48pm
I went to high school with Jim and he was a wonderful person and had such a sweet smile. His mother Inez was so proud of him. I owned a business in Macomb and she would always keep me up on how Jim and his family were doing when she came in to visit. His wonderful sweet spirit will live on through all of you. You are blessed to have the confidence you will be with him again. My prayers and thoughts will be with you as you move forward through this journey.
Comment Share
Share via:

Thank you so much Debi for sharing a memory about my dad. It's wonderful to hear about him from others 💕 God bless! 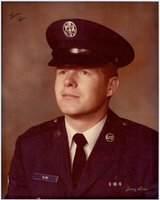 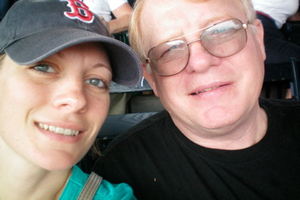 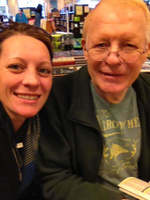