To share your memory on the wall of John Knueppel, sign in using one of the following options:

Provide comfort for the family of John Knueppel with a meaningful gesture of sympathy.

Print
FISHKILL – John Henry Knueppel, a Dutchess County resident since 2013, formerly of Maryland and Iowa, passed away on Monday, May 11, 2020 at St. Luke’s Cornwall Hospital in Newburgh. He was 84.

Son of the late Dietrich and Edna (Rogg... Read More
FISHKILL – John Henry Knueppel, a Dutchess County resident since 2013, formerly of Maryland and Iowa, passed away on Monday, May 11, 2020 at St. Luke’s Cornwall Hospital in Newburgh. He was 84.

Son of the late Dietrich and Edna (Rogge) Knueppel, he was born in Warrensburg, MO on September 16, 1935. He was raised in Iowa and attended college in Indiana, where he studied chemistry. In 1958, he was inducted into the U.S. Army and served until he was honorably discharged in 1964.

Following his military service, John moved to Middle River, MD, where he worked as a chemist for the State of Maryland for many years. He was also an active member of the Faith Lutheran Church.

Survivors include his brother, Robert Knueppel & his wife Linda of Fishkill; his sister, Helen Soder of Coralville, IA; his sister, Doris Kurth of Prairie Village, KS; his sisters-in-law, Doris Knueppel of Hampton, IA and Enid Knueppel of Kansas City, MO; and many nieces, nephews, and other relatives & friends.

A memorial service will be announced at a later date. Memorial donations may be made to Our Savior Lutheran Church, 1400 Route 52, Fishkill, NY 12524.

Arrangements are under the direction of McHoul Funeral Home of Fishkill, Inc., 1089 Main Street, Fishkill. For online tributes, you can visit John’s Book of Memories at www.mchoulfuneralhome.com.
Read Less 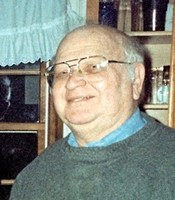