To share your memory on the wall of Michael Frissora, sign in using one of the following options:

Michael met his soul mate Shannon (Raimo) Frissora at IBM, married her on April 3, 2004 and they were together for over 20 years. He was her “Rock” who was always there for her, loving her, supporting her and creating many amazing memories. She says he made her a better person. Michael was a devoted father to Melissa (John Coughlin fiancé), Michael and Ryan who were his pride and joy. He was to become a first time grandfather to Caiden Michael Coughlin. He loved all the fun times he had with them. He often made his “dad” jokes and they enjoyed doing things together like going to games, going to a lake fishing, or just hanging out laughing. They will miss his unfailing love and endless support. He was the proud daddy of his mushy yellow labrador, Maddie-pooh who misses his love and snuggles. Michael was a great brother to Donnamarie (Brian) Vlieg, Joe (Sue) Frissora, Ron (Suzanne) Frissora and Karen (Carl) Piehler. He loved spending time with them, poking fun at them, laughing and reminiscing about all of the great memories they formed together. Uncle Michael was the coolest uncle to Alan, David and Elizabeth Vlieg, Joey, Dan and Josh Frissora, Olivia and Nicholas Frissora, Juliana, Emily and Katie Piehler, Roger, Derek and Angelina Raimo, Henrick, Maximo, and Kaiser Raimo. He had a wonderful knack for connection with kids on a personal level and formed a special bond with all of his Nieces and Nephews. They loved him dearly. He was a great Son-in-Law to Abby and Roger Raimo and a great Brother-in-Law to Roger (Michelle), Tyler (Susan) and Kurt (Lisa) Raimo. Michael loved his large Italian Family and was close to all of his Cousins, Aunts and Uncles who will miss him dearly.


Michael touched so many lives from the stranger who he became friends with after a few minutes of conversation to his best friends who he knew from childhood and would eat breakfast with every Sunday morning. They shared so many good times and lots of laughs together. He was incredibly caring for all those he loved, from being Coach Mike to an incredible teammate. Michael worked at IBM for 38 years where he started in the mail room and worked incredibly hard to earn the role of Manager Research, Experimental Strategic Technologies Engineering. Michael’s co-workers meant a lot to him. He was very close to many of them and was very involved in golf leagues, softball leagues and hockey leagues. IBM will never be the same without Michael roaming the halls talking to anyone and everyone that he came across. He contributed a lot to the company and will be truly missed. He was an avid fan of the NY Rangers, NY Giants and NY Mets and loved going to NY Ranger autograph signings and collecting memorabilia for his Rangers man cave. He loved playing golf, hockey, bowling and fishing with his family, friends and wife.

In lieu of flowers, memorial donations may be made to a college fund created to have Michael’s legacy live on through his future grandchildren. You can donate by visiting: https://www.gofundme.com/f/MichaelFrissoraCollegeFund

Due to current restrictions a Celebration of Life will be held at a later date. Please visit Michael’s Book of Memories at www.mchoulfuneralhome.com.
Read Less

Posted Jun 04, 2020 at 02:24pm
My sincere condolences to Mike's family. My thoughts and prayers are with them at this very difficult time. I knew Mike for over 17 years at IBM. He was always helpful, kind and fun to be with.
I will truly miss him. Patty Gaeckle
Comment Share
Share via:
CS

Posted Jun 03, 2020 at 10:05am
Shannon and family, you have our deepest sympathy, we are so saddened for your loss. Mike was always happy and it was a pleasure to work with him.

Posted Jun 01, 2020 at 01:55pm
Shannon, I am so sorry to hear about your loss. I lost my husband (suddenly) three years ago (6/4/17). My heart breaks for you; I’m sure it feels very surreal. Sending positive thoughts your way. Big hugs to you...
Comment Share
Share via:

Posted Jun 01, 2020 at 11:50am
My deepest condolences to Shannon, and family. Mike was always smiling and always a joy to work with!
He was a terrific manager and his commitment to work and family so admirable! We will greatly miss you, Mike!!
Comment Share
Share via:
JL

Posted May 30, 2020 at 09:02pm
Mike was always helpful and with a can do attitude to find a solution, he helped me many times to get servers, wire them and address any issues. Mike also was part of the IBM Family Science family, a winter program for 4th and 5th graders that meets n IBM Yorktown. Mike was selfless helping the program succeed doing his part behind the scenes. Mike for many years told the story and showed the Jeopardy room to kids and parents, made available his team for the many AV runs on Friday afternoons, and run sessions pre-class, I am sure he did other things I am not even aware of. He was always helpful and fun to work with, always with the same can-do attitude he was know for! We will miss Mike for sure!
Comment Share
Share via: 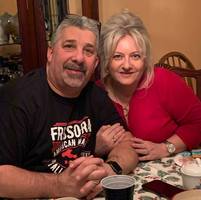 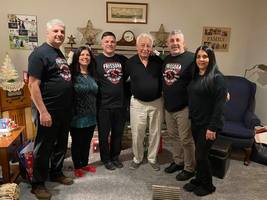 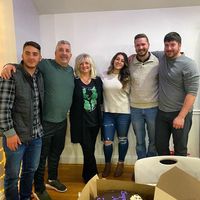 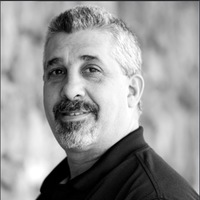