To share your memory on the wall of Katherine Padilla, sign in using one of the following options:

Born in Tarrytown on September 13, 1948, she was the daughter of Walter and Anna (Kanich) Dyman. Katherine had been employed with the Wappingers Central School District for 20 years, most recently as a Cafeteria Manager at Van Wyck Jr. High School until her retirement in 2013. She was a parishioner of St. Columba Church.

On June 1, 1974 in Yonkers, Katherine married Vincent Padilla who survives at home. She is also survived by her daughters, Carolyn Padilla of Fishkill and Kristen Padilla of Delmar; her granddaughter, Margaret "Maggie" Padilla; her sister, Linda House of Geneva; and several nieces, nephews and cousins.

A devoted mother, grandmother and wife, Kathy was a Girl Scout troop leader, a treasurer for the Girl Scout troop and the PTA, and a Union president. She took a job in the local school district cafeteria in order to have the same time off as her girls, and worked her way from lunch aide to cashier to cook and finally manager. Later in life, she enjoyed spoiling her only grandchild, whom she loved very much, and making frequent trips to Atlantic City with her family and friends.

Calling hours will be held on Thursday from 12-1pm at the McHoul Funeral Home, Inc., 895 Route 82, Hopewell Junction followed by a service at 1pm.

Memorial donations may be made to the Humane Society.
Read Less

Consider providing a gift of comfort for the family of Katherine Padilla by sending flowers.

We encourage you to share your most beloved memories of Katherine here, so that the family and other loved ones can always see it. You can upload cherished photographs, or share your favorite stories, and can even comment on those shared by others.

Posted Jun 26, 2020 at 05:12pm
Please accept our most heartfelt sympathies for your loss... Our thoughts are with you and your family during this difficult time.

Posted Jun 25, 2020 at 09:54pm
I met Kathy when I was a student at Van Wyck. My Mom also worked with Kathy as well. A few years later, we gave Kathy & her husband their beloved cat Smokey (as a kitten) & whenever we'd run into her, Kathy would always give us updates on Smokey. She was a caring, nice woman. She'll be missed dearly!
Comment Share
Share via:
D

Posted Jun 24, 2020 at 08:31pm
I met Kathy when our girls were in 2nd grade and the teacher asked for some room mothers to help out. We were instant friends and Kathy and Jimmy , Carolyn and Kristin have been like family to us. Even though we moved in 1993 to Texas and then onto Colorado we've remained in touch. I've enjoyed seeing Facebook with little Maggie and know how good it feels to have a grandchild to love. Our hearts go out to the whole family. She will surely be missed!
Comment Share
Share via:
JD

Posted Jun 23, 2020 at 03:54pm
Another great memory- she invited me over to share Thanksgiving one year with the family. I think I was in college at the time. I expected turkey of course, but nooooo. She served an authentic Italian dinner. Many many courses....lasagna, manicotti, spagetti, salads, and then turkey and I believe there might have been a ham too. And,
Comment Share
Share via:
JD

and, egg nog and lots of desserts and drinks and of course the entire family comraderie. It was a wonderful memory I will never forget. Love her, and the family.
JD

Posted Jun 23, 2020 at 03:51pm
I remember cousin Kathy coming to Tarrytown to visit my mom and family. She took me out to the "pound", an animal shelter and got a dog. A big black one as I recall. She let me walk it too even tho it was as big as me. She was and is a good soul.
Comment Share
Share via: 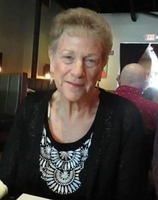 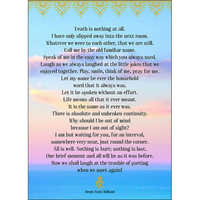 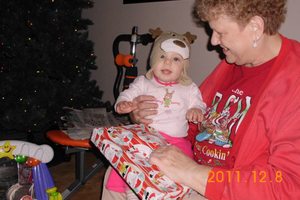 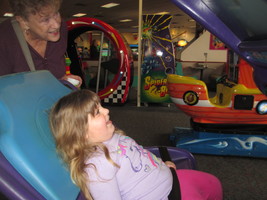