To share your memory on the wall of Glenn Hayton, sign in using one of the following options:

Print
Glenn Hayton, 63, a resident of Sharon Springs since 2001 and previously of Hopewell Junction, died on June 3, 2020 at his residence.

Born in Wappingers Falls on January 18, 1957, he was the son of the late Alfred ‘Ben’ and Nancy (MacAvery) Hayton.

Glenn retired from Wappingers Central School District in 2012 where he had been a courier, union safety officer and bus driver. He also owned and operated Dynamic Tree and Fence in Hopewell Junction for several years.

Glenn was a member of the Calvary Assembly of God Church in Cobleskill and was the director for and served on the safety committee of the NYS Snowmobile Association in Schoharie County. He was also a lifetime member of the Whortlekill Rod and Gun Club in Hopewell Junction where he served many years as a range officer. His favorite pastimes were hunting, snowmobiling and horseback riding.

Survivors include his wife of thirty years, Cindy Hayton; and a son, Trevor Locke.

Calling hours will be held on Sunday, October 18 from 12-2pm at the McHoul Funeral Home, Inc., 895 Route 82, Hopewell Junction. There will be a service a 2pm.

Memorial contributions may be made to Sled NY, Inc., PO Box 740, Central Square, NY 13036 in honor of Glenn Hayton for their safety programs.

Consider providing a gift of comfort for the family of Glenn Hayton by sending flowers.

We encourage you to share your most beloved memories of Glenn here, so that the family and other loved ones can always see it. You can upload cherished photographs, or share your favorite stories, and can even comment on those shared by others.

Posted Jul 12, 2020 at 11:39am
I remember Glenn as a fun loving, very positive man who always went to great extents to make activities special for people. As a classmate, friend and neighbor I have many fond memories of him. I remember how he would come over at the end of the day to fix Dad's tractor, backhoe or bulldozer when Dad was unable to. He was always cheerful, uplifting and made it seem like fun when he was helping or rescuing people from their dilemmas. What a great blessing he was to so many people.

One time he had a cookout for our family. He made his famous barbequed venison ribs with all the side dishes to go with them. On a special hike and picnic he brought steak, baked potatoes and green beans etc. He always thought of everything including the toilet paper and a blanket to sit on.

Glenn made everything fun for people weather it was teaching them how to shoot a gun or a bow and arrow, swim or learn how to fix something. (He was a good teacher because he was very patient and kind and made learning fun.)

I also remember Glenn as being very strong, healthy and rugged. He was a man's man. He was also very energetic and enthusiastic towards everything he did. He was a man who loved life, especially the outdoors where he loved to ride horses, hunt, hike and do other outdoor activities. Glenn had a great appreciation for the beauty of nature and all that God so masterly created, thus he loved to be out there as much as possible, even if it meant calling in "sick" once in a while.

Although it's been years since we last saw Glenn, and his wife Cindy, the news of his death saddened us and the memories of him came flooding back. Glenn was a special man and will be missed, yet we know that we will see him again at the resurrection.
Comment Share
Share via: 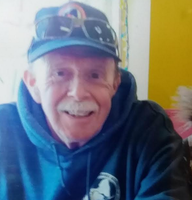