To share your memory on the wall of Matthew Martell, sign in using one of the following options:

Born in White Plains on July 20, 1996, he was the beloved son of Thomas and Haley (Revell) Martell. Matthew graduated from Millbrook High School in 2014 where he was a member of the Band, Jazz Band and Drama Club Pit Orchestra. In 2018, he graduated from the Crane School of Music in Potsdam with a Bachelor of Music in Music Education. Matthew was also a member of the Southern Dutchess Dairy Club and the Eastern New York Junior Holstein Club.

Matthew was employed as a Music Teacher with the Empire State Youth Orchestra in Schenectady. For the past year, he taught at Rosendale Elementary School, teaching general music and chorus. He also assisted in the planning and performance of the Niskayuna Choral Festival held at Proctors Theatre. He had also worked as a Camp Counselor for the Town of Washington and as the Music Director for Camp Hillcroft where he designed and instrumental music program. He had taught music at numerous summer camps and programs for nine years, working with hundreds of students from a variety of backgrounds. Teaching music and promoting growth in his students was his passion since he was a child. He also wrote and implemented a music and movement program for the Saratoga Regional YMCA.

In addition to his parents, Matthew is also survived by his brother, Ethan Martell; his sister, Claire Martell; his long-time girlfriend, Jessica Bowen; his grandparents, Peter and Mary Lou DeForest, and Beryl Lombardi; and many aunts, uncles, cousins and friends.

Calling hours will be held on Friday from 11am to 2pm at the McHoul Funeral Home, Inc., 895 Route 82, Hopewell Junction followed by a service at 2pm. Private interment will be in Clove Cemetery. A reception will follow the service at the Martell residence.

Consider providing a gift of comfort for the family of Matthew Martell by sending flowers.

We encourage you to share your most beloved memories of Matthew here, so that the family and other loved ones can always see it. You can upload cherished photographs, or share your favorite stories, and can even comment on those shared by others.

Posted Jul 17, 2020 at 09:30pm
Our deepest sympathies to the whole Martell family. The world has lost a great young man, far too early. Our prayers and warmest condolences to you all from Seattle.
Comment Share
Share via:
FM

Posted Jul 06, 2020 at 10:29am
For one of the kindest souls I have ever had the pleasure to know. I will miss you and I will always think about the special moment we shared.

Posted Jul 04, 2020 at 09:16am
With deep sympathy, the Crane Music Education Department sends our sincerest condolences for the loss of Matt. Our thoughts are with you and your loved ones at this terrible time. May you find peace.
Comment Share
Share via:
MM 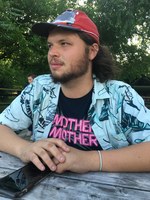 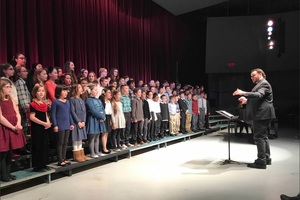 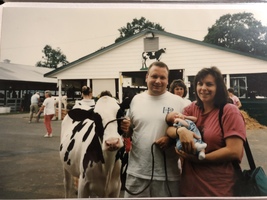