To share your memory on the wall of Marcia Purcell, sign in using one of the following options:

Marcia was born on February 3, 1940 in Manchester, CT the daughter of the late Ralph and Blanche (Munyan) Pierce. She graduated from Tufts U... Read More
Fishkill- Marcia Purcell, a long-time resident of Fishkill, NY, passed away on June 28, 2020.

Marcia was born on February 3, 1940 in Manchester, CT the daughter of the late Ralph and Blanche (Munyan) Pierce. She graduated from Tufts University with a BA in Education and taught elementary school before the birth of her first child, after which she devoted herself to full-time motherhood. She started a second career in tax preparation when her youngest child was in elementary school, which she continued until her retirement.

Marcia was a long-time member of Fishkill Baptist Church. She enjoyed many crafts, especially knitting and quilting. The beach was her “happy place,” which she enjoyed through family vacations in Cape Cod when her children were young, and more recently by joining her adult children and their families at beaches in NJ, MD, and NC. Marcia’s circle of friends have always been very important to her, and included lifelong friends from church and parents of her children’s friends, as well as friends she met through crafting and her All Sport exercise group. Her greatest passion was her 8 loving grandchildren.

Marcia is survived by her beloved children Kathleen, Susan, Sean, and Thomas, and her eight grandchildren Jessica, Evan, Nicholas Jack, James, Lillianna, Benjamin, and Tyler. She was predeceased by her husband John (2008) and her sister Thelma Pierce (2013).

A funeral service for Marcia will be held at 10 A.M., Monday July 6, 2020 at Fishkill Baptist Church. Interment to follow at Fishkill Rural Cemetery.

In lieu of flowers memorial contributions can be made to the Fishkill Baptist Church or the Alzheimer’s Association.

Consider providing a gift of comfort for the family of Marcia Purcell by sending flowers.

We encourage you to share your most beloved memories of Marcia here, so that the family and other loved ones can always see it. You can upload cherished photographs, or share your favorite stories, and can even comment on those shared by others.

Posted Jul 01, 2020 at 05:47pm
the little i have known her she was very kind and always had something nice to say R.I.P Marcia
Comment Share
Share via: 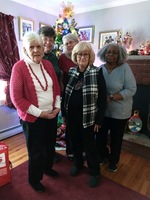 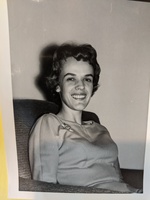 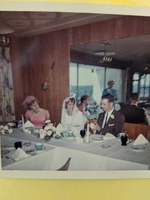