To share your memory on the wall of Robert Beringer, sign in using one of the following options:

Print
Robert L. Beringer, Sr., beloved husband, father, grandfather and great-grandfather, passed away peacefully at home surrounded by his family on September 2, 2020. He was 88 years old.

Robert was born in Yonkers, NY to the late Christia... Read More
Robert L. Beringer, Sr., beloved husband, father, grandfather and great-grandfather, passed away peacefully at home surrounded by his family on September 2, 2020. He was 88 years old.

Robert was born in Yonkers, NY to the late Christian and Alice Beringer. He was predeceased by his wife of 56 years, Harriet; and his son, Jeffery Beringer, formerly of Fishkill, NY.

Robert or “Bob” as everyone called him, was a longtime resident of Stormville, NY. He served in the United States Army for eight years. He was a truck driver for Package Pavement, Stormville Trucking & Red Wing Property, employed by the Doherty family for over 45 years. He was a member of Stormville Fire Company and Southern Dutchess Horsemen’s Association. He had a passion for horses and loved traveling to rodeos and horse shows especially when his family was participating.

At his request, no funeral service will be held.

In lieu of flowers, donations may be made to East Fishkill Rescue Squad or Stormville Fire Company.
Read Less

Consider providing a gift of comfort for the family of Robert Beringer by sending flowers. 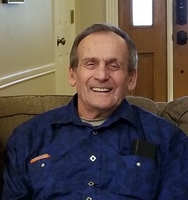 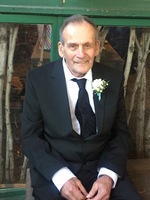