To share your memory on the wall of Robert Stevens, sign in using one of the following options:

Print
FISHKILL - Robert Charles Stevens, Jr. 60, an area resident since 1994 and formerly of Montrose, died unexpectedly on September 5, 2020 at his home.

Born in Tarrytown on April 11, 1960, he was the son of Marjorie (Squires) Stevens and th... Read More
FISHKILL - Robert Charles Stevens, Jr. 60, an area resident since 1994 and formerly of Montrose, died unexpectedly on September 5, 2020 at his home.

Born in Tarrytown on April 11, 1960, he was the son of Marjorie (Squires) Stevens and the late Robert Charles Stevens, Sr. Robert had been employed by the Briarcliff School District for many years prior to his retirement. He enjoyed fishing, cooking and the NY Yankees.

Calling hours will be held on Saturday from 10am-1pm at the McHoul Funeral Home of Fishkill, Inc., 1089 Main Street, Fishkill. Please note: In compliance with NYS guidelines, face masks and social distancing will be required, and capacity may be limited.

For online tributes, you can visit Robert’s Book of Memories at www.mchoulfuneralhome.com.
Read Less

Consider providing a gift of comfort for the family of Robert Stevens by sending flowers.

Posted Sep 11, 2020 at 08:15am
Dear Robby:
Thank you for our 3 wonderful Children: Lindsay, Robert & Jamie and our beautiful Granddaughter, Monroe!
I know you are "very" proud of each one of them, both as they were growing up and now as the fine adults our children have grown to be!
Please rest in peace, smile and be happy and enjoy fishing with your Dad once again!
Love, Kelly
Comment Share
Share via:
DM

Posted Sep 10, 2020 at 12:53pm
My deepest condolences to Robbies children along with Kelly, Peggy , his Mom and entire family. We were friends and neighbors and had a lot of laughs "back in the day". I will remember Robbie with a grin on his face that he seemed to always have. Thanks for all the laughs and rest in peace. Dennis Mahoney
Comment Share
Share via:
AL

Posted Sep 09, 2020 at 08:16am
My deepest condolences to the entire family grieving the immeasurable loss you’ve suffered at the passing of Rob Jr. Our prayers and thoughts are with you all. Rick & Sharon Tasciotti
Comment Share
Share via:
F

Posted Sep 09, 2020 at 03:26am
Robbie made life at Hen Hud a wonderful experience that is all because of him. I can remember times in the hall's and how we helped out each other with our classes. My heartfelt sincere condolences go out to his entire family and know that he gave so much that I will always treasure. May he rest in peace and keep him close to your hearts. Thank you Robbie..... Fran Stinson
Comment Share
Share via: 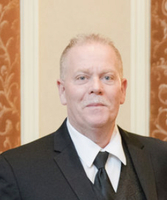 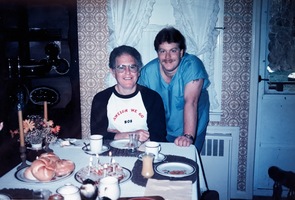 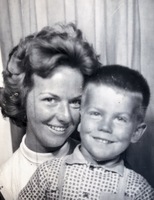