To share your memory on the wall of Gertrude Kurdt, sign in using one of the following options:

Print
FISHKILL – Gertrude Kurdt, a resident of Fishkill for 54 years, formerly of New Jersey, Maine, and Long Island, passed away on Friday, September 4, 2020 at the Wingate at Beacon Health Care Facility. She was 94.

Daughter of the late H... Read More
FISHKILL – Gertrude Kurdt, a resident of Fishkill for 54 years, formerly of New Jersey, Maine, and Long Island, passed away on Friday, September 4, 2020 at the Wingate at Beacon Health Care Facility. She was 94.

Daughter of the late Harry and Gertrude (Heraucourt) Prussner, she was born in Wyandanch, NY on May 19, 1926. During World War II, Gertrude worked as a mail delivery person for Grumman Aviation in Long Island. Following the war, she became a private secretary working for Robert Moses.

On August 3, 1947, she married Bernard P. Kurdt in Deer Park. They resided in Lindenhurst until 1958 when they relocated to Cumberland Center, ME. In 1962, they moved to Pemberton, NJ, where Gertrude worked as the principal’s assistant for Northern Burlington High School. Gertrude and Bernard settled in Fishkill in 1966. She was a longtime member of Our Savior Lutheran Church (Fishkill) and worked for Dr. Irving Mond (Beacon).

She was predeceased by her husband on January 8, 2003.

Survivors include her son, Kenneth Kurdt of Wappingers Falls; her granddaughter, Erica Rottenkolber & her husband Kurt of Wappingers Falls; her granddaughter, Raina Astras & her husband John of Clayton, NC; her great-grandchildren, Emily & Eli Rottenkolber and Abigail & Efren Astras; her brother-in-law, William Kurdt & his wife Dolores of Lindenhurst; and many other loving relatives & friends.

In addition to her husband and parents, Gertrude was recently predeceased by her daughter-in-law, Georgette Kurdt, on August 29, 2020.

In lieu of flowers, memorial donations may be made to Our Savior Lutheran Church.

Arrangements are under the direction of McHoul Funeral Home of Fishkill, Inc., 1089 Main Street, Fishkill. For online tributes, you can visit Gertrude’s Book of Memories at www.mchoulfuneralhome.com.
Read Less

Consider providing a gift of comfort for the family of Gertrude Kurdt by sending flowers.

We encourage you to share your most beloved memories of Gertrude here, so that the family and other loved ones can always see it. You can upload cherished photographs, or share your favorite stories, and can even comment on those shared by others.

Posted Sep 09, 2020 at 04:18pm
Trudy and Bernie were our next door neighbors. They were wonderful people. They would keep a eye on Josh when he was young and Nancy would be working. Our granddaughters absolutely love Trudy and would walk down to her house to say hello. Trudy was always gracious to them. We are much better people having known them. Trudy now you can dance in heaven with your beloved Bernie and get ready for the next cannon shoot.
Comment Share
Share via: 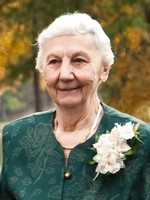