To share your memory on the wall of George Hanna, sign in using one of the following options:

Print
FISHKILL – George P. Hanna, a local area resident since 1999 and formerly of Cortlandt Manor, passed away on Monday, September 21, 2020 at Phelps Hospital in Sleepy Hollow. He was 71.

Son of the late Edward and Christine (Marshall) H... Read More
FISHKILL – George P. Hanna, a local area resident since 1999 and formerly of Cortlandt Manor, passed away on Monday, September 21, 2020 at Phelps Hospital in Sleepy Hollow. He was 71.

Son of the late Edward and Christine (Marshall) Hanna, he was born in Brooklyn on May 27, 1949. A member of the Teamsters Local 813, George worked for City Carting in Yonkers for many years and was actively working up until his death. He was an avid New York Mets fan and volunteered as a Little League coach. More than anything else, he loved spending time with his grandchildren and great-grandchildren.

In 1999, he married Marie Corless at Dutchess Manor in Fishkill. Marie survives at home in Fishkill.

In addition to his parents, George was also predeceased by his grandson, Jonathan Hanna; his great-granddaughter, Aliviah Dawkins; his brothers, Edward and John Hanna; as well as an infant sister.

Calling hours will be held from 2 to 5 p.m. on Sunday, September 27 at the McHoul Funeral Home of Fishkill, Inc., 1089 Main Street, Fishkill. A memorial service will begin at 5 p.m. immediately following the visitation.

PLEASE NOTE: In compliance with NYS guidelines, social distancing and face masks will be required and capacity may be limited. All attendees should be prepared for potential extended waiting periods.

In lieu of flowers, memorial donations may be made to the St. Jude Children’s Research Hospital, 501 St. Jude Place, Memphis, TN 38105 (www.stjude.org).

For online tributes, you can visit George’s Book of Memories at www.mchoulfuneralhome.com.
Read Less

Consider providing a gift of comfort for the family of George Hanna by sending flowers.

Posted Sep 24, 2020 at 11:15am
The staff of the American Cancer Fund® at www.AmericanCancerFund.org is sorry to hear of George’s passing. We have received memorial donations in his name and our sincere condolences go out to his family.
Comment Share
Share via: 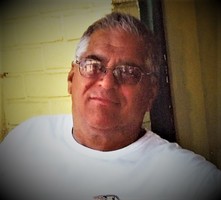 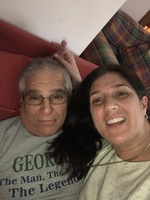 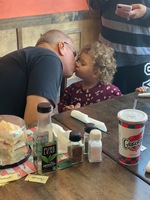 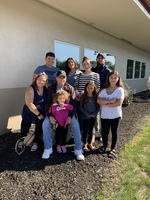