To share your memory on the wall of Marion Smalley, sign in using one of the following options:

Print
Wappingers Falls – Marion Stirling Smalley, 91, an area resident since 1960 and formerly of Uniondale, died peacefully at her home on October 2, 2020.

Born in Belfast, Ireland on June 16, 1929, she was the daughter of Richard and Hel... Read More
Wappingers Falls – Marion Stirling Smalley, 91, an area resident since 1960 and formerly of Uniondale, died peacefully at her home on October 2, 2020.

Born in Belfast, Ireland on June 16, 1929, she was the daughter of Richard and Helen (Young) Lyttle, and came to the United States during the Great Depression. Marion had been employed as a secretary for the Girl Scouts of America in New York City. She was an artist, devoted wife, mother, grandmother and friend. She also enjoyed a good cup of tea. She had a lifelong love for Cape Cod and had passed down this love to her family.

Marion was predeceased by her husband, John Smalley, and her brother Stanley Lyttle. She is survived by her three children and their spouses, and eight grandchildren.

Calling hours will be held on Wednesday from 4-7pm at the McHoul Funeral Home, Inc., 895 Route 82, Hopewell Junction. The Funeral Service will be held on Thursday at 11am at Fishkill Rural Cemetery.

Memorial donations may be made to the National Audubon Society. Please visit Marion’s Book of Memories at www.mchoulfuneralhome.com.
Read Less

Consider providing a gift of comfort for the family of Marion Smalley by sending flowers.

We encourage you to share your most beloved memories of Marion here, so that the family and other loved ones can always see it. You can upload cherished photographs, or share your favorite stories, and can even comment on those shared by others.

Posted Oct 05, 2020 at 08:07pm
Much sympathy on the passing of your Mom. You all will be in our prayers this week.
May she rest in peace. Elise and Paul DeGiacomo
Comment Share
Share via:
NS

Posted Oct 05, 2020 at 12:00pm
I was so saddened to see that Marion had passed away. My sincere sympathy to all. So many great memories at St. Nicholas with Marion and Jack. Now they are back together. 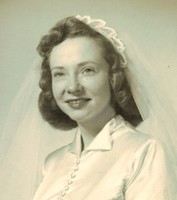