To share your memory on the wall of Patricia Martin, sign in using one of the following options:

Print
EAST FISHKILL – Patricia Joan Martin, 86, an area resident since 2017 and formerly of Cortlandt Manor, died on October 6, 2020 at her home surrounded by her family.

Born in Brooklyn on March 17, 1934, she was the daughter of William an... Read More
EAST FISHKILL – Patricia Joan Martin, 86, an area resident since 2017 and formerly of Cortlandt Manor, died on October 6, 2020 at her home surrounded by her family.

Born in Brooklyn on March 17, 1934, she was the daughter of William and Ann (Burke) Shannon. An LPN for 40 years, Patricia was employed in the Maternity Ward at St. Joseph’s Hospital in Yonkers, and at multiple medical offices until her retirement in 1992.

Patricia was a parishioner of St. Columba Church in Hopewell Junction. She was a swimming instructor for MS patients, and a librarian for the adult community in Vero Beach, FL.

On October 13, 1956 in Yonkers, Patricia married the love of her life, James F. Martin, who survives at home. She is also survived by her daughters, Kathleen Brown and her husband Tim of Hopewell Junction, Michelle Gustafson of Irmo, SC, and Patty Ann Arida of Greensburg, PA; her son, Jim Martin of Danbury, CT; her grandchildren, Lauren and Dennis Nittoli of Hopewell Junction, Lindsay Brown of Nanuet, Shanna Brown of Chelsea, Gunnar and Tricia Gustafson of Charlotte, NC, Dustin and Lara Gustafson of Irmo, SC, Callista Arida of Monoreville, PA, and Edward Arida of Greensburg, PA; and 9 great grandchildren. In addition to her parents, she was also predeceased by her brother, John Shannon.

Calling hours will be held on Thursday from 5-8pm at the McHoul Funeral Home of Fishkill, Inc., 1089 Main Street, Fishkill. The Mass of Christian Burial will be offered on Friday at 10am at St. Columba Church, 835 Route 82, Hopewell Junction followed by interment in St. Denis Cemetery.

Memorial donations may be made to Hospice of the Hudson Valley.
Read Less

Consider providing a gift of comfort for the family of Patricia Martin by sending flowers.

Posted Oct 07, 2020 at 05:19pm
My Godmother was a special person, there weren’t many people who could make my mother smile like my aunt Patsy
Now she is a special angel who will forever make my Mom smile. Love is forever for this beautiful woman.
Comment Share
Share via: 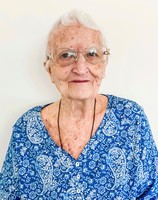