To share your memory on the wall of Kevin Duignan, sign in using one of the following options:

Born in Manhattan on June 24, 1949, he was the son of John and Catherine (Gilmore) Duignan. Kevin attended All Hallows High School in the Bronx and later attended St. Thomas Aquinas College in Sparkill, NY, earning a bachelor's degree in History with a minor in Political Science in 1975. His career took off when he became manager of payroll systems for General Foods. In 1996, Kevin returned to his alma mater as Director of Development and Alumni Affairs for St. Thomas Aquinas College (STAC). In his 20-year history with the college, Kevin earned his MBA in 2006, was inducted into the STAC Alumni Hall of Fame in 2008 and in 2016 retired from his position as Vice President of Institutional Advancement.

A loving husband and doting father, Kevin was a parishioner of St. Denis Church, having once served as the President of the Parish Council. He also served on the board of All Hallows High School in the Bronx.

On April 20, 1974 at the Fordham University Church, Kevin married Doris Foley who survives at home. He is also survived by his daughter, Emily Duignan Donovan, and her husband Matthew of Fishkill; his sisters-in-law, Catherine Leo, Jean Malvey and Evelyn Foley; his brother-in-law, James Foley; and several nieces and nephews.

Calling hours will be held on Tuesday from 4-8pm at the McHoul Funeral Home, Inc., 895 Route 82, Hopewell Junction. The Mass of Christian Burial will be offered on Wednesday at 10am at St. Denis Church, 602 Beekman Road, Hopewell Junction followed by St. Denis Cemetery.

Memorial donations may be made to either the St. Thomas Aquinas College Annual Fund, www.stac.edu; or to All Hallows High School, www.allhallows.org
Read Less

Consider providing a gift of comfort for the family of Kevin Duignan by sending flowers.

We encourage you to share your most beloved memories of Kevin here, so that the family and other loved ones can always see it. You can upload cherished photographs, or share your favorite stories, and can even comment on those shared by others.

Posted Oct 13, 2020 at 08:34am
"Kevin Duignan" will remain in our hearts forever. Planting trees in his memory. Growing towards heaven where we will all meet up one day.

3 trees were planted in the memory of Kevin Duignan

Posted Oct 14, 2020 at 09:26am
Kevin was a true gentleman and trusted colleague. He reveled in his roots in "the Heights," cherished his family, and was fiercely dedicated to his alma mater. It was a privilege for me to hire Kevin, and to work with him for many years. There was no better champion for STAC!
Comment Share
Share via:
PM

Posted Oct 13, 2020 at 12:36pm
Kevin was a gem of a gentleman and a fierce advocate for STAC's expanding mission and influence. It is sad to learn of his passing, and appropriately the right time to think of his contributions and accomplishments that will will be missed as well. Rest in Peace.
Comment Share
Share via:
RP

Posted Oct 09, 2020 at 01:32am
I am very saddened to hear of Kevin's death. I knew him at STAC for many years and he was always a quality person. My heartfelt condolences to his family members and friends on his death. ~ Rabbi Daniel Pernick
Comment Share
Share via: 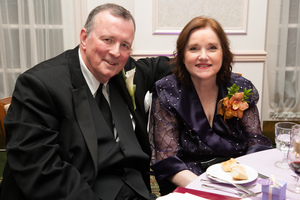 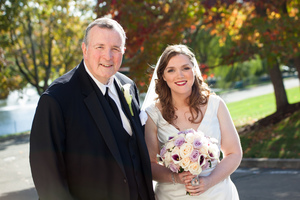 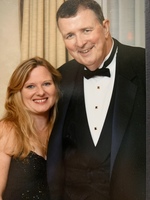