To share your memory on the wall of Catherine Gilli, sign in using one of the following options:

Print
Catherine Gilli, 86, of Hopewell Junction and previously of Yorktown, died on October 7, 2020 at home surrounded by her family.

Born on January 18, 1934 in Maspeth, Catherine was the daughter of Joseph and Helen (Kane) Leary. On March... Read More
Catherine Gilli, 86, of Hopewell Junction and previously of Yorktown, died on October 7, 2020 at home surrounded by her family.

Catherine worked as a Meat Wrapper for A&P in Yorktown and was an avid bowler who enjoyed going to Foxwoods and spending her lunch every Thursday with her friends.

Consider providing a gift of comfort for the family of Catherine Gilli by sending flowers.

We encourage you to share your most beloved memories of Catherine here, so that the family and other loved ones can always see it. You can upload cherished photographs, or share your favorite stories, and can even comment on those shared by others.

Posted Oct 11, 2020 at 11:10am
I was a caregiver for Catherine . I will.always remember her smile that could light up a room! She had a great sense of humor! I would like to thank the Gilli family for their kindness towards me. I know she is at peace now with God! Linda
Comment Share
Share via:
MC

Posted Oct 11, 2020 at 10:07am
We are so sorry to hear of your passing. We were very close friends, neighbors & like family you & your children always said. I will always regret losing touch with you once you moved to Hopewell. It was no longer your home or obligation to invite us. But you were always on my mind remembering fond times together, lunches, walks at the track, bowling, bingo, shopping, or just coffee & long talks at your home. I can still see you walking down your path, waving across the street. You were my very, very dear friend. I’m glad you are at peace. Your work here is done. May you rest forever in the arms of John who was taken way too soon. Forever in my thoughts. Prayers for the family you leave behind.
Comment Share
Share via: 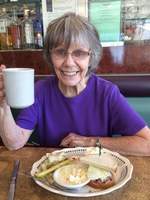 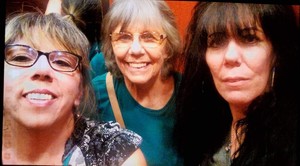 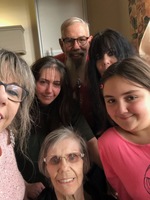 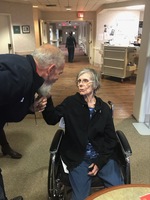