To share your memory on the wall of Thomas Damewood, sign in using one of the following options:

Born in Vancouver, Washington on February 24, 1949, Tom was the son of the late Llo... Read More
HOLMES, NY – Thomas M. Damewood, 71, an area resident for over 28 years, passed away peacefully on October 6, 2020 at Vassar Brothers Medical Center.

Born in Vancouver, Washington on February 24, 1949, Tom was the son of the late Lloyd and Mildred (Wagner) Damewood. He grew up in Asheville, North Carolina and earned his Bachelor’s Degree in Psychology from East Carolina University, where he played football. He had also lived in Florida, Maryland and Colorado before moving to New York.

Tom was an accomplished businessman, and was the Owner of Management Recruiters of the Mid Hudson Valley. He had a long career in Human Resources prior to establishing his business.

He was a people person. He was always happy and rarely let things bother him. His positivity was infectious. A diehard fan of the New York Yankees and Washington Redskins, although he was a lover of all sports. Tom also liked visiting wineries and going to concerts. He loved to travel. He enjoyed sitting on his deck during storms to listen to the sound of the thunder and the rain falling. Most of all, Tom loved his family and cherished the time he spent with them. He had so many great stories to tell.

On November 23, 1985 in Silver Spring, Maryland, Tom married Robin (Demsey) Damewood who survives at home. He is also survived by his daughters and their spouses, Lauren and Adam Coupe of Poughquag and Michelle Damewood and Jorge Dominguez of Poughkeepsie; his grandson, Henry Thomas Coupe; his mother-in-law, Rita Demsey; his brother-in-law and sister-in-law, Lee and Laurie Demsey; his niece, Rachel Demsey; and his beloved dogs, Reese and Lance. Tom was a fierce defender of his family, and did everything with their wellbeing in mind. His hospitality will be missed.

A private burial will take place at Fishkill Rural Cemetery. Arrangements are under the direction of the McHoul Funeral Home. Please visit Tom’s Book of Memories at www.mchoulfuneralhome.com.
Read Less

Consider providing a gift of comfort for the family of Thomas Damewood by sending flowers.

Posted Oct 15, 2020 at 10:06am
Condolences to his family and friends. I had the privilege to talk with Tom several times over the last couple years . He was very courteous and helpful to us. It was obvious how much his family meant to him and I hope they find strength in the memories they shared with this wonderful man. Our thoughts and prayers are with his family and friends.. Dannie Newell
Comment Share
Share via:
SF

Posted Oct 15, 2020 at 09:23am
I certainly was saddened to learn today of Tom's passing. Tom and I were in MRI training together in 2003. He was the first person I met of the 17 of us who were there and vice versa. Because of that brief shared connection, Tom and I hung out a lot together during those three weeks and I came to really like and respect him. He and I have kept in contact over the years, maybe reaching out a couple of times a year to catch up. I believe Tom and I were the only two left with Management Recruiters of the initial 17. My condolences to the entire family and you are in my thoughts and prayers. Skip Freeman
Comment Share
Share via: 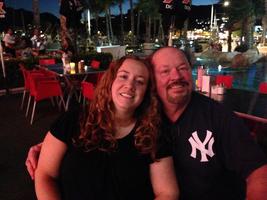 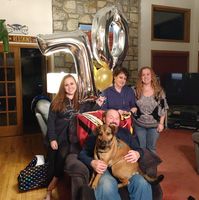 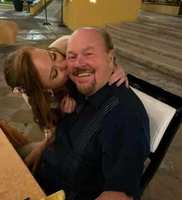