To share your memory on the wall of Reginald Bentley, sign in using one of the following options:

Print
Fishkill - Reginald Arthur Bentley, an area resident since 1977, formerly of Long Island and England, died at Vassar Brothers Medical Center on October 7, 2020. He was 78.

Reg was born on September 28, 1942 to the late George and Doris (... Read More
Fishkill - Reginald Arthur Bentley, an area resident since 1977, formerly of Long Island and England, died at Vassar Brothers Medical Center on October 7, 2020. He was 78.

Reg was born on September 28, 1942 to the late George and Doris (Knaggs) Bentley in Normanton, York, England. He lived in the United Kingdom until he moved to the United States at the age of 9.

He received his bachelor’s degree at Fort Schuyler Maritime College and proudly served his country in the United States Coast Guard from 1964 to 1967. Reg dedicated 33 years to Verizon in White Plains where he worked in management.

Reginald was an instrumental contributor to a clinical trial to stop the movements of Huntington’s Disease. This drug was approved and has helped many individuals live a better quality of life.

Reg was a member of Trinity Episcopal Church in Fishkill and was active in the Boy Scouts of America Council. He enjoyed sports and played in the Fishkill Senior Softball League in addition to playing volleyball. He was an avid Yankees and Giants fan. Having spent his youth near the shore in Long Island as well as his time in the Coast Guard, Reg always loved boating and spending time on the water. His grandchildren lit up his life immensely, and they lovingly referred to him as “Bakka”.

On June 17, 1967, in Oceanside, NY, Reg married the love of his life, Evelyn, who survives at home. He is also survived by his children; David and his wife Janet, Robyn and her husband Nick, and Stephanie and her husband Walter as well as his grandchildren; Eliza, Zack, and Olivia.

Additional survivors include his niece Catherine; his nephews, Matt and Geoff; his brother-in-law, Geoff and his wife Wanda; and many other loving relatives & friends. Reginald was predeceased by his sister Lesley and his infant granddaughter Jordan.

The family would like to thank the Huntington’s Disease Unit at Archcare at Ferncliff Nursing Center for their excellent care & compassion the last two years. Special thanks to Alicia O’Keefe for making it possible for Reg to virtually attend David & Janet’s wedding on October 2nd. We would also like to thank our many friends for their caring and support these last few years.

Calling hours will be held on Friday, October 23, 2020 from 11 a.m. to 2 p.m. followed by a Celebration of Life Service at Trinity Episcopal Church, 1200 Main Street, Fishkill, New York. The Rev. Garrett M. Mettler will officiate. The service will be live streamed from the Trinity website (www.trinityfishkill.org). PLEASE NOTE: In compliance with NYS guidelines, social distancing and face masks will be required and capacity may be limited. All attendees should be prepared for potential extended waiting periods.

Consider providing a gift of comfort for the family of Reginald Bentley by sending flowers.

We encourage you to share your most beloved memories of Reginald here, so that the family and other loved ones can always see it. You can upload cherished photographs, or share your favorite stories, and can even comment on those shared by others.

Posted Oct 17, 2020 at 09:41pm
To the family of Reg....
What a courageous man he was. And a wonderful example of what a family man should be...a great husband, Dad and Granddad, Uncle and so much more. I will remember him as a friend and neighbor. I consider it an honor to have known him.
Thanks for sharing this gentleman with us all. Tami (Timpano) Wacker.
Comment Share
Share via:
CK

Posted Oct 12, 2020 at 06:40am
Reg was a great family man and neighbor--always ready to give a helping hand. Reg and my husband, Fred, enjoyed an occasional prank together, whether hunting moles or treating the neighborhood crow to a drink!
Carole Kopser
Comment Share
Share via: 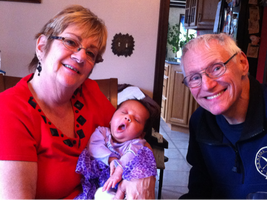 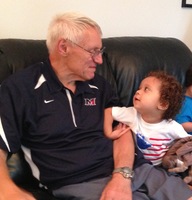 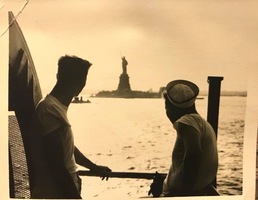