To share your memory on the wall of Edward Towsley, sign in using one of the following options:

Print
Edward Thomas Towsley, 77, a lifelong resident of the State of New York died after a brief illness on October 10, 2020, at Westchester Medical Center, surrounded by his family.

Son of the late William and Mary (Bryce) Towsley, Edward w... Read More
Edward Thomas Towsley, 77, a lifelong resident of the State of New York died after a brief illness on October 10, 2020, at Westchester Medical Center, surrounded by his family.

Edward attended Marist Brothers Seminary in Esopus, NY, and Marist College in Poughkeepsie, NY. Edward had several careers including as a photographer, a chemist, a quality control manager, a help desk operator, and as an expert for several agencies assisting people with navigating the web of Medicare coverage.

Edward was an avid photographer both professionally and as a hobby. Edward also loved his train sets, building a large model that traveled through walls in the family home, and when he and Valerie moved to a senior living apartment, building a smaller model there too. He had a dry sometimes sarcastic sense of humor and strong political views from which he did not waver. He had deep religious beliefs and was an active Catholic for most of his life. He was a determined, smart man who lived life how he chose right until the very end.

He loved classic movies and Yankees baseball, watching the same games over and over if there weren’t new ones scheduled. He loved sitting on the beach in Cape Cod and visited there for family vacations when his children were small. He continued to visit several times a year with his wife Valerie for many years. He was loved and will be deeply missed by his family, friends, and all he helped over the years.

Visitation will be held on Monday from 5-7 PM at the McHoul Funeral Home of Fishkill, Inc., 1089 Main Street, Fishkill, NY. A funeral service is scheduled for Wednesday at 11:00 AM at the funeral home followed by burial at St. Denis Cemetery. In compliance with NYS guidelines, social distancing and face masks will be required.

Donations may be made in Ed’s memory to the Dutchess County Office for the Aging. Please visit his Book of Memories at www.mchoulfuneralhome.com.
Read Less

Consider providing a gift of comfort for the family of Edward Towsley by sending flowers.

Posted Oct 16, 2020 at 10:18pm
We worked with your Dad at IBM for a while and he was a lovely man. We knew him and mom from Church too. He's back with his sweetheart he was missing so much. I am so sorry for your loss.
Comment Share
Share via:
TT

Posted Oct 13, 2020 at 10:14am
I am so sorry for your loss. Ed was the photographer for our wedding in July 1973. I still cherish the lovely photo album I have from that wonderful day. RIP Merrill (Wise) Nolen
Comment Share
Share via:
RT

Posted Oct 13, 2020 at 08:18am
Ed always started the day with a smile and a story, I worked with Ed for a few years at IBM in Poughkeepsie. He was a good hearted soul. Thoughts are with all of Ed's family at this time. Rick Tasciotti
Comment Share
Share via:
EG

Posted Oct 13, 2020 at 07:35am
Ed was a wonderful man. My fond memory is how faithful he was in taking Valerie to our monthly lunch outings with The Promise of Life ladies. He is now enjoying all heavens blessings with his beloved wife. I am praying for his wonderful family. Eileen Gagnon
Comment Share
Share via: 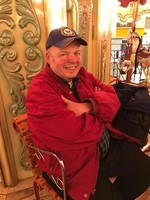 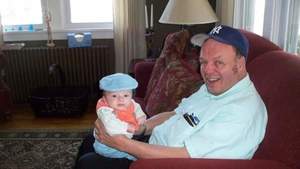 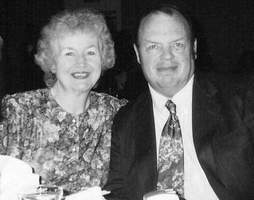