To share your memory on the wall of Elizabeth Polityka-Wilson, sign in using one of the following options:

Born on December 9, 1974 in the Bronx, Betsy was the daughter of Tammie and Michelle (Shamoun) Polityka. Betsy married John H. Wilson on August 3, 2002 at St. Elizabeth Ann Seton Church in Yorktown.


Much of Betsy's life was devoted to her four children Ariana, Theodosia, Julia, and Johnny. She was instrumental in helping them achieve their personal, academic, and athletic goals. She enjoyed spending her spare time camping and hiking with her family. Betsy was also an educator to her core. She taught Spanish at Arlington High School for 23 years, touching the lives of many of her students.

In lieu of flowers, memorial donations may be made to www.bethematch.org to help find and deliver cures for blood cancers. The family also asks you to consider joining the donor list at Be The Match for stem cell transplants and donating blood as often as possible. Please visit Betsy's Book of Memories at www.mchoulfuneralhome.com.
Read Less

Consider providing a gift of comfort for the family of Elizabeth Polityka-Wilson by sending flowers.

Posted Oct 27, 2020 at 08:13pm
Mrs Politkya Wilson taught my daughter Spanish and played an important role in her continuing to take Spanish in college, study abroad in Costa Rica and is now fluent in Spanish. She was sad to hear the news of her passing and mentioned what a positive impact she had on her education. I donated blood today in her memory. Sending condolences to Your family.
Comment Share
Share via:
SP

Posted Oct 15, 2020 at 10:10am
Mrs. Polityka Wilson was the epitome of what a teacher should be, and I am so very lucky to have had the privilege to have her as a teacher/advisor for two years. She was one of the most kind and caring people I have ever met. She made the class laugh everyday with one of her several jokes about Schuam's or whatever else was on her mind. She truly cared about her students and their successes, and always encouraged us to be the best we could be. My deepest condolences to her family, my thoughts and prayers are with you. Her bright, beautiful soul will be missed.
Comment Share
Share via:
EK

Posted Oct 15, 2020 at 10:08am
The entire Van Wyck Girls Basketball team sends its heartfelt thoughts and prayers to Julia and the Wilson Family. We are here to support you in any way possible. Betsy was an amazingly kind and generous person, and she is missed by all. 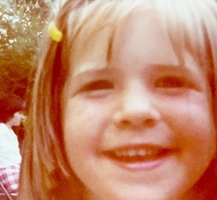 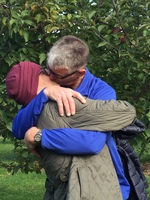