To share your memory on the wall of Guy Stile, sign in using one of the following options:

Print
LITTLE RIVER, SC – Guy Stile, 80, a resident of Little River for 17 years and formerly of LaGrangeville, died on October 22, 2020 at his daughter’s home.

Born in Brooklyn on August 16, 1940, he was the son of Louis and Lena (Boris) Stile. Guy had been employed as a Mechanical Engineer with IBM in East Fishkill. He was a parishioner of Our Lady, Star of the Sea Church in Little River. He enjoyed photography, playing tennis and spending time with his family and grandchildren.

On April 18, 1964 in Staten Island, Guy married Joanne Benvenga who survives at home. He is also survived by his children and their spouses, Gina and Steven Van Fleet of LaGrangeville, Diana Stile of Amenia, and Michael and Madelyn Stile of Rock City Falls; his grandchildren, Danielle Stoetzner, Gabrielle Stoetzner, Sydney Van Fleet, Angelina Stile and Christopher Stile; and his sister, Barbara Baselice of Brooklyn.

Calling hours will be held on Monday from 2-4 and 7-9pm at the McHoul Funeral Home, Inc., 895 Route 82, Hopewell Junction. The Mass of Christian Burial will be offered on Tuesday at 10am at St. Kateri Tekakwitha Church, 1925 Route 82, LaGrangeville followed by entombment in the Community Mausoleum at Poughkeepsie Rural Cemetery.

Consider providing a gift of comfort for the family of Guy Stile by sending flowers.

We encourage you to share your most beloved memories of Guy here, so that the family and other loved ones can always see it. You can upload cherished photographs, or share your favorite stories, and can even comment on those shared by others.

Posted Oct 26, 2020 at 10:46am
Our deepest condolences to Joanne, Gina & Steve, Diana, Mike & Madelyn. We are so sorry to learn that Guy has passed. May God comfort you and bless your family. Pat & Bill Calogero
Comment Share
Share via:
LT

Posted Oct 25, 2020 at 05:59pm
We are so sad to hear of Guy's passing.Happy he was home in NY with family.Mom always talks about how cute he was as a baby and how Aunt Lena dressed him like a model! You're all in our prayers Lisa Townsend ,Matthew and Leonora Spivak.
Comment Share
Share via: 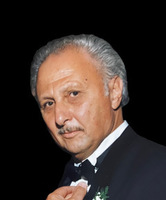