To share your memory on the wall of Wesley Green, sign in using one of the following options:

Born in Greensburg, IN on May 23, 1954, he was the son of Kenneth and Mary Ruth (Davis) Green. Wesley graduated from John Jay High School in 1972 where he exceled in baseball and basketball. He was employed at the Grand Union for 30 years, and then as a Corrections Officer for New York State at Downstate Correctional Facility.

An avid sports fan, he especially enjoyed golf and softball. He played softball for many years. His most gratifying time was playing with the Diamond Horseshoe, and he was so proud of the many championships he won with his friends. He was so proud of his daughter, Courtney, and how she performed on the softball field. He was getting excited and looking forward to seeing his grandson play baseball.

Wesley is survived by his daughter, Courtney Britton and her husband George; his grandson, Grayson Britton; his dear friend, Dawn Hunt; and his siblings and their spouses, Virginia Marciano and her husband Danny, Kerry Green and his wife Pam, Marilyn O’Brien and her husband Richard; and many nieces and nephews.

Calling hours will be held on Monday from 11am -1 pm at the McHoul Funeral Home, Inc., 895 Route 82, Hopewell Junction followed by a funeral service at 1pm. Inurnment will be at the convenience of the family at Fishkill Rural Cemetery.

In lieu of flowers, memorial donations may be made to American Cancer Society.
Read Less

Consider providing a gift of comfort for the family of Wesley Green by sending flowers.

We encourage you to share your most beloved memories of Wesley here, so that the family and other loved ones can always see it. You can upload cherished photographs, or share your favorite stories, and can even comment on those shared by others.

Posted Nov 16, 2020 at 11:32am
I played against Wes and the great “shoe” teams in the groundhog league for many years. But win or lose (usually lose) after every game both teams got together to share a beer or two and I got to know Wes pretty well. Not only a great competitor, but a happy, fun guy to be around. He will certainly be missed. My sincere condolences to the family... Mike Eidel
Comment Share
Share via:

Posted Nov 16, 2020 at 11:14am
Wesley, you will be missed. I can only imagine what kind of trouble you will be stirring in heaven but remember, they have plenty of napkins so feel free to use as many as you want.
Love you!!❤️❤️
Comment Share
Share via:
JJ

Posted Nov 15, 2020 at 07:52pm
I first met Wes in little league...Played high school ball, softball and other social activities...That Mustang he had was legendary...Best to the family...Jake Jakuba...
Comment Share
Share via:
MM

Posted Nov 13, 2020 at 02:53pm
I worked with Wes for many years at Grand Union and enjoyed many laughs, parties and workdays with Wes! I am so sorry & sad to hear this. My deepest sympathy & prayers to all his family.
Marie McKune
Comment Share
Share via:

Posted Nov 12, 2020 at 03:56pm
I will always remember Wesley as a great person who often times took his time to show the humorous side of things .I never saw him with a mean or negative countenance. Always a pleasure to work with. He will be sadly missed. A great friend and coworker.
Comment Share
Share via: 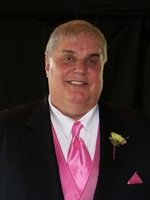