To share your memory on the wall of Michael Fedele, sign in using one of the following options:

Print
PLEASANT VALLEY – Michael Fedele, 92, died peacefully at home with his family by his side on November 14, 2020. An area resident since 2010, he previously lived in Mount Vernon.

Born on October 1, 1928 in New York City, Michael was t... Read More
PLEASANT VALLEY – Michael Fedele, 92, died peacefully at home with his family by his side on November 14, 2020. An area resident since 2010, he previously lived in Mount Vernon.

Born on October 1, 1928 in New York City, Michael was the son of the late Gaetano and Santa (Castracucco) Fedele. Michael retired as Supervisor from Russ Togs in Long Island City. Family get togethers were his favorite times. An avid fan of sports, he especially enjoyed shooting pool, playing cards, and bowling.

On July 29, 1977 in Mount Vernon, he married Therese (Cybula) Fedele who survives at home. He is also survived by his children, and their spouses, Tommy and Blanca Fedele of New York City, Michael and Rosemary Fedele of Nashville, TN, Francine and Gary Siegel of Kingston, and Sharon and Steve Adamec of Poughkeepsie; his grandchildren, Jaclyn, Sister Chiara Rose, Nicole, Mia, Ciara, Patrick, Maeghan, Tommy, Dana, and Byron; his great-grandchildren, Ian, Cameron, Giabella, Gianna, Frankie, Vincent, Maria, and Jon Carlo; his sisters Mary Demarco of Brick, NJ and Dee Kerin of Virginia Beach, VA and many nieces and nephews. In addition to his parents, Michael was also predeceased by his siblings, Domenic Fedele, Theresa Principe, Josephine DeCaro and his brothers-in-law, Tommy DeMarco, Jimmy Kerin and Sammy Principe.

Due to current COVID restrictions, funeral services will be private at this time. Donations may be made in Michael’s Memory to :

Arrangements are under the direction of the McHoul Funeral Home of Fishkill, Inc. Please visit Michael’s Book of Memories at www.mchoulfuneralhome.com.
Read Less

Posted Dec 12, 2020 at 06:11pm
Please accept our sincere sympathy for your loss. Mike was always a great pool player with us at Lexington Club at Galleria. Mike and Terry will be truly missed. Both of you had hearts of gold. We enjoyed sitting with you in the community room with knitting, sharing conversations, bingo, etc. We miss you......Tommy & Patty Beighley
Comment Share
Share via: 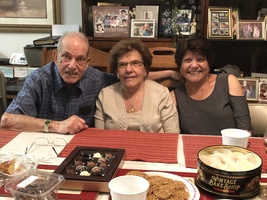 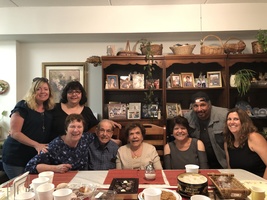