To share your memory on the wall of Elaine Trumpetto, sign in using one of the following options:

Daughter of the late Daniel J. Carey, II and Alice (Howard) Carey, she was born in Pawcatuck, CT on February 3, 1954. Elaine received her bachelor’s degree from Upsala College in East Orange, NJ and later obtained her master’s degree from Colgate University in Hamilton, NY. She had been a resident of Dutchess County for more than 40 years.
Elaine served as the Executive Director for the Council on Addiction Prevention & Education (C.A.P.E.) of Dutchess County, Inc. from 2007 until her passing. By working with local leaders, elected officials, civic organizations and local school districts, she formed many relationships within the community in order to bring attention to the region’s opioid crisis and champion addiction prevention initiatives throughout the Hudson Valley. She always lent an empathic ear and her tenacious perseverance became a source of inspiration for many.

Elaine was always involved with her children’s schools and extracurricular activities. She was active with the P.T.A. and volunteered as a Girl Scout and Cub Scout Leader for many years. Her hobbies included reading, watching the History Channel, and engaging in lively conversations with family and friends about life, politics, and the great unknown. She cherished spending time at her family home in Pawcatuck and loved her Cavalier King Charles Spaniel, Biscuit. Elaine also never turned down the opportunity to indulge in a slice of key lime pie and enjoying the view of fall foliage in her Adirondack chairs.

Survivors include her son, Jared Trumpetto & his fiancé Molly Parr of Brooklyn; her daughter, Brynna Trumpetto of East Fishkill; her brother, Daniel J. Carey, III & his wife June of Pawcatuck, CT; her sister, Maureen J. Carey of Groton, CT; her brother-in-law, Joseph F. Trumpetto, Jr. & his wife Saralee of Westerly, RI; her sister-in-law, Charlene Trumpetto of Wethersfield, CT; as well as many nieces, nephews, and other relatives & friends.

In addition to her husband and parents, Elaine was also predeceased by her sister, Allison Gagnon.

PLEASE NOTE: In compliance with NYS guidelines, social distancing and face masks will be required and capacity may be limited. All attendees should be prepared for potential extended waiting periods. Family and friends are encouraged to view the visitation and services via livestream at www.mchoulfuneralhome.com.

In lieu of flowers, memorial donations may be made to C.A.P.E. of Dutchess County, Inc., 807 Route 52, Fishkill, NY 12524 (www.capedc.org) or the Herbert Irving Comprehensive Cancer Center (www.cancer.columbia.edu/node/7246).
Read Less

Consider providing a gift of comfort for the family of Elaine Trumpetto by sending flowers.

We encourage you to share your most beloved memories of Elaine here, so that the family and other loved ones can always see it. You can upload cherished photographs, or share your favorite stories, and can even comment on those shared by others.

Posted Jan 15, 2021 at 05:42pm
I just learned of Elaine’s passing and am devastated. I met Elaine when I was a freshman at Upsala College and she had transferred in as a junior. We lived on the same floor in our dorm. I was having a difficult time adjusting to college and Elaine took me under her wing and became like a big sister to me. I attended her and your dad’s wedding and she and your dad attended mine. We lost touch after our children were born, but reconnected in 2009 when my daughter enrolled at Marist. She will always have a special place in my heart and I am grateful that we found each other again, if only for a while. RIP Elaine.
Comment Share
Share via:
M

Posted Dec 21, 2020 at 04:27pm
You have my deepest condolences Jared, I am truly sorry for your loss. Although I never had the fortune of meeting Elaine, by reading this memory wall and by having known you as a colleague for four years I know your mom was an amazing woman. May her memory live in the hearts of all she's touched.

Posted Dec 16, 2020 at 04:45pm
Dear Jared, As your colleague I want to express my deepest condolences for your immense loss. We are thinking of you during this very difficult time.

Posted Dec 10, 2020 at 04:30pm
My heart goes out to you both, Brynna and Jared. I watched your mother raise both of you from the time Mills and Brynna became best friends at Gayhead Elementary School until very recently.

Elaine was the busiest mother I had ever met. There was no moment of your lives that did not have her fingerprint on it. She was a dedicated, resourceful, bulldog who made sure you were both headed in the right direction. She would swoop in and fix every problem, including, Jared, your tongue-tied dad at your Eagle Court of Honor. John was up front, thanking Troop 95 for their part in "raising" you. But he had to stop talking because he became so emotional. Elaine, who was in the kitchen, behind closed doors, somehow knew this might be a problem, and BURST through the doors, ran to the front of the audience and picked up John's speech where he left off.
Elaine was unstoppable, and when you no longer needed her direction she moved her vision elsewhere and empowered our community with the Council on Addiction Prevention and Education.
But in addition to these huge accomplishments, she was Steve and my friend. She was so funny. And together she and John would have us howling at any given dinner. We have lots of good memories of them both. They are now together, and I must say I look forward to meeting them again.
Comment Share
Share via:
PS

Posted Dec 10, 2020 at 12:30pm
I am so sorry to hear of Elaine's passing. I am sure I don't have to tell all of you what a beautiful human being she was. She will be missed by so many, Again, my condolences. Dr Patricia Shannon ( Trisha)
Comment Share
Share via: 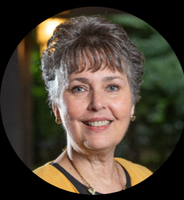 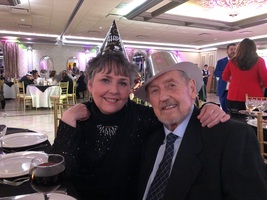