To share your memory on the wall of Daniel Raphael, sign in using one of the following options:

Born in Mount Kisco on August 15, 1989, he was the son of Theresa “Terri” Blazek Raphael and the late Robert J. Raphael Jr. Dan attended Arlington High School where he was a member of the Arlington Hockey Club. He was an avid fan of the New York Rangers, Jets and Yankees. Dan always liked to dress nicely. He had a heart gold, was loved and will be missed by everyone.

“The chains that bind you are too light to feel, until they are too heavy to break off.”

Addiction is a disease, not a choice. It changes the brain structure and happens when substance use crosses the line between pleasure and compulsion. It is a physical, mental, and spiritual condition. It is the only prison where the key is on the inside.

Dan has struggled with a six year battle with addiction and lost his fight.

Memorial donations may be made to a charity of your choice that works to help people overcome addiction. Please visit Dan’s Book of memories at www.mchoulfuneralhome.com.

Consider providing a gift of comfort for the family of Daniel Raphael by sending flowers.

We encourage you to share your most beloved memories of Daniel here, so that the family and other loved ones can always see it. You can upload cherished photographs, or share your favorite stories, and can even comment on those shared by others.

Danny was a kind person with a heart gold. Always making people around him laugh and feel better. Every fun or crazy story from my youth he was somehow apart of. He was more like a brother than a friend growing up and always affectionately referred to me a “sis”.

I’m so sorry that you struggled for so many years Dan. I know that you’re in a place where you’re no longer hurting. I’ll forever cherish the wonderful memories we have.

Posted Jan 04, 2021 at 12:26pm
Danny,
You were ALWAYS my favorite hockey player. Anytime I went to watch you, I always came home with a puck you flipped to me in the stands. Your heart was golden and your smile was contagious. So sorry you suffered these past few years!!!
My you rest in eternal peace .
Love , Jeannie Florie
Comment Share
Share via:
TL

Posted Dec 31, 2020 at 10:48pm
Daniel, You were a teammate, a brother, a son, a cousin, a nephew, a grandson, and a great-grandson. Through the Blazek, Leigh, Shubert and Raphael family, you had international relatives (Tomas), Uncles and Aunts and their sons and daughters, your cousins. You and your family became a branch on my Leigh family tree on Ancestry.com. You were part of a gang of brothers that included Michael Leigh and Matt Chase; but you were an rare individual character yourself. At a family party when you were younger, you and Michael were running around the Blazek yard and pool area and you quipped to me "I lost my mind, and Michael and I are looking for it"; we all broke up laughing. - Uncle Tommy Leigh.
Comment Share
Share via:
SS

Posted Dec 30, 2020 at 04:13pm
Terri:
My condolences to you, Katrina, the rest of Danny's family and his friends.
When my husband passed away, I received a card that said, "God gave us memories that we might have roses in December." I am sure that you have an entire bouquet of roses from your time with Danny. I hope these memories provide comfort and strength to you as you face this loss.
My deepest sympathy,
Donna Ryan-Rose
Comment Share
Share via: 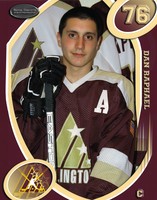 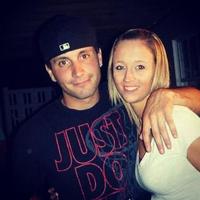 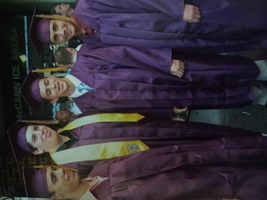