To share your memory on the wall of Nannette Neumar, sign in using one of the following options:

Consider providing a gift of comfort for the family of Nannette Neumar by sending flowers.

We encourage you to share your most beloved memories of Nannette here, so that the family and other loved ones can always see it. You can upload cherished photographs, or share your favorite stories, and can even comment on those shared by others.

Posted Jan 17, 2021 at 08:29pm
Mr. Neumar, my deepest condolences. Mrs. Neumar made a positive impact in my childhood by being a caring friend and lover of cats. I adopted "Calico" from a litter of kittens the mother had. She had such a positive and bright personality. She will always be remembered. -Ed Miller jr.
Comment Share
Share via:
TM

Posted Jan 13, 2021 at 11:08am
Mr Neumar, Diane, Michael and Terry, I am so sad to hear of Mrs. Neumar's passing. So many memories of our Edgehill Drive neighborhood revolve around her kindness, patience and generosity. Snippets of memories include watching my first Star Trek in color on your living room floor, sitting in her bedroom with the air conditioning to escape the heat of summer, wonderful new years parties, so many more, and somehow I recall we always had a healthy orange waiting for us at snack time when we played at your house. But always her gentle kindness. Sending love and prayers to you all, Teresa (Holder) Martinson
Comment Share
Share via:
PG

Posted Jan 11, 2021 at 01:43pm
I am sending love and prayers to Uncle Eddy, my cousins Dianne, Michael and Terry and their families. I have so many happy memories of times our families shared in College Point, Derry, Wappinger Falls and in between at Nanny’s and places like Cape Cod on vacation. Aunt Nannette always provided a sense of calmness. She left her kindergarten classroom many years before but remained a joyful teacher. Aunt Nannette suggested books for me to read when I was young, found perfect unique gifts like pewter candle holders for birthday cakes and always found a way to say the right thing and ask the right question to make you know she really cared. My 2017 birthday card from Aunt Nannette and Uncle Eddy was so perfect that I hung it by my desk and now I see it every day working from home. I also thank Aunt Nannette and Uncle Eddy for the lifelong friendships with my parents. Before she died my Mom divided her jewelry and chose Aunt Nannette for her precious claddaghs. Mom included a note about Aunt Nannette being a blessing and how her joining the family was the best thing to happen to the family. There will be a hole in our lives without Aunt Nannette but heaven will shine brighter. Love, Pat Leary Guillebeau
Comment Share
Share via:
EM

Posted Jan 09, 2021 at 09:14am
Dear Ed
I was saddened to read of the passing of Nannette. I remember the times we worked together at bingo. My thoughts and prayers are with you and your family. Liz Murphy.
Comment Share
Share via:
LM

Posted Jan 08, 2021 at 04:55pm
Our deepest sympathy to you for the loss of such a wonderful woman. I will always remember her big smile, her positive attitude no matter what, and her kindness and gentle soul. She was always truly interested in your life, was such a good listener and her words always helped. When my Mom passed, having kept in touch with her was the best thing I could have asked for. I hope she knows how much she meant to our family, and how much she helped us. The memories of Edgehill Drive always have her in them and bring a smile to my face.
Heaven has a new angel who will be greatly missed!
Comment Share
Share via: 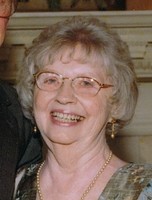 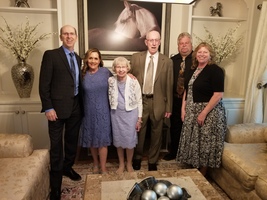