To share your memory on the wall of Arthur Humphreys, sign in using one of the following options:

Print
Beekman – Arthur R. Humphreys, 82, an area resident since 2007 and formerly of Oceanside, rose upon the horizon of a perfect, endless day, on January 9, 2021, at his home, surrounded by family.

Born on September 29, 1938, in Freeport, N.Y., he was the son of Arthur and Celestine (Terris) Humphreys. Arthur was a Steamfitter with Local #638 in Manhattan for 38 years until his retirement in 1987. He was also the owner of Artie’s Corner Antiques in Baldwin for 20 years. He was a Catholic & was a member of the Knights of Columbus in Oceanside. He proudly served in the Army National Guard of NY in the early 1960’s. In his youth, Artie worked with steel to help build NYC skyscrapers, and, in later years, with wood to create simple Christian crosses, both pursuits gave him reward. He enjoyed woodworking, bird watching, & helping people, but more than anything he loved spending time with his family, friends, co-workers, and neighbors! “Thank you, thank you, thank you!” – Love, Artie

Calling hours will be held on Friday, January 22, from 4-7pm at the McHoul Funeral Home, Inc., 895 Route 82, Hopewell Junction. The Mass of Christian Burial will be offered on Saturday, January 23 at 11:30am at St. Columba Church, 835 Route 82, Hopewell Junction followed by interment in St. Denis Cemetery. In lieu of flowers, please donate to a local food pantry.
Read Less

Consider providing a gift of comfort for the family of Arthur Humphreys by sending flowers.

We encourage you to share your most beloved memories of Arthur here, so that the family and other loved ones can always see it. You can upload cherished photographs, or share your favorite stories, and can even comment on those shared by others.

Posted Feb 06, 2021 at 02:10pm
I thought of you today but that is nothing new. I thought of you yesterday and days before that too. I think of you in silence and speak your name. All I have are memories and your picture in a frame. Your memory is forever. God has you now but you are in my heart.
Love,
Paul and Jo Ann
Comment Share
Share via:
HS

Posted Jan 18, 2021 at 07:22pm
I’m not sure if you knew that Artie was a participant in the ladies Bible study group. The first time he was to join them he decided that he’d” look the part “!!
Comment Share
Share via:
DR

Posted Jan 16, 2021 at 09:33pm
Artie, my friend and brother in Christ. My heart is so broken, I will miss you and our coffee time and phone calls. You will be missed at the mens breakfast. Jo and I have lost a great friend and we will always think of you with a smile. Dan and JoAnn Reck
Comment Share
Share via:
ID

Posted Jan 16, 2021 at 09:38am
Artue was my oldest cousin. I have many fun and lasting memories of growing up with him. Love to his family Irene (Klowas) Doughty
Comment Share
Share via:

Sending my love to the Family . I remember him when I was growing up as Uncle Artie ...always smiling and just a sweet man surrounded by his kids . ❤ 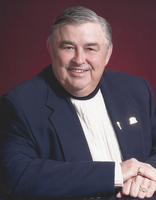