To share your memory on the wall of Robert Dietrich, sign in using one of the following options:

Donations may be made to Tunnel2towers.org
Read Less

Posted Jan 21, 2021 at 08:53am
Poppy ,we are very little your roots are very deep,your legacy will live on. Rest in peace with Nanny , Love always Mason the tank, Caiden .

Thank you for your kind words,dad has missed mom very much
HS

Posted Jan 18, 2021 at 03:04pm
Beth there are no words . I have so many great memories of your Dad he was such a big part of growing up . 1 of my favorite memories is that he taught me how to drive not only how to drive but how to drive a stick I will never forget him making me stop going up Gallows Hill then start going again .He was the best never lost his temper stayed calm as his nails dug into to dash board . I must have really made an impression with my driving skills that he still remembered how many years later .He will truly be missed he on earth 💕💕💕
Comment Share
Share via: 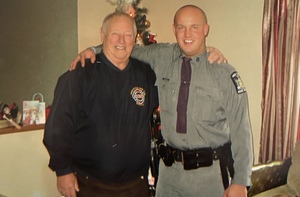 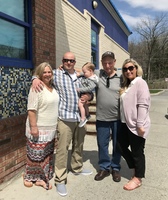