To share your memory on the wall of Ralph Marinaccio, sign in using one of the following options:

Consider providing a gift of comfort for the family of Ralph Marinaccio by sending flowers.

Posted Jan 26, 2021 at 10:03am
To All the Marinaccio Family, With our deepest sympathy and prayers. Love, Bonnie, Dennis and Matthew Schuman

Posted Jan 26, 2021 at 09:42am
Dear Cousins and All the Wonderful Marinaccio Family,
My heart and prayers are with each and every one of you for comfort, peace, and all the love that God emanated through your Dad, Pops, Uncle, Husband, Brother, Friend. He truly was a blessing and joy to know and I for one, am at peace knowing he surely is with his Savior now, continuing the blessings he gave so willingly and lovingly while he was here in earthly body.
I will always treasure the memories I have since early childhood of his welcoming my family and I into his home, making sure we had fun in the pool, plenty to eat, lots of laughter with funny things he’d say. He continued to do so throughout my whole life. I treasure all the wonderful times I was able to share with all of you very dear cousins, second and third cousins, because he made sure I was always invited. I might never have met and got to know so many of you if he didn’t invite my family and I to the annual summer/fall parties. He always took time to ask how I was doing and make sure I was having a good time. His smile was infectious and set the whole mood for everyone who was around him. I’m sure he will continue to do God’s will after he takes a little nap from his long trip “home”, like he always did after driving out to visit my family, sitting in a comfy chair, and he’ll be watching over all of those he loved here, making sure they’re having a good time and seeing they have anything they need. I love you Uncle Ralph! I’ll miss you until I see you at the big family & friends gathering up there with Jesus. ❤️🤗😇
Comment Share
Share via:
J

Posted Jan 23, 2021 at 07:56am
Where to start I have known Ralph and his family for over 42 years one of my first jobs was at the deli and zips ice cream i have never met anyone more giving and generous than Ralph, They say you meet 3 great people in your lifetime and I can honestly say Ralph was one of them. Going to miss your funny humor the jokes and parties at the house but most of all the friendship you had given me . Rest in peace my Friend.
Comment Share
Share via:
OM

Posted Jan 21, 2021 at 10:38pm
Where to Evan begin .. my earliest memories of Uncle Ralph dropping me at the liquor store with Aunt Barbara for the day .. trips, as a young child , to a Catholic Church in Newburgh that at my age I can’t even specify .. sittin between them in the pews while a full on Latin mass was held that I had to understanding of and I would cry my eyes out and uncle Ralph would sit next to me with his arm around me .. at 45 I truly thing this is where I was led to the LORD.. years of his smile that profited from his mouth through his eyes, which I later in life learned was a marker of “ genuine”! He found joy in everything and I definitely believed everyone he loved and he just loved everyone! I never knew a kinder man, a man who held no judgement and would help anyone who was “ in need” .. I never knew a better man as there was no better very honestly ❤️
Comment Share
Share via:
JH 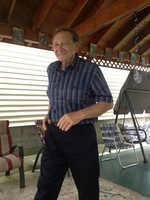 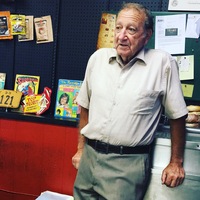 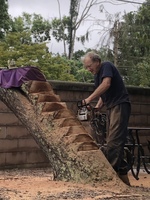