To share your memory on the wall of Richard Donohue, sign in using one of the following options:

Born and raised in Holmes, New York on September 16, 1948, he was the son of Richard E. and Myrtle S. (D... Read More
Richard Michael Donohue, 72, of Georgiana, Alabama and formerly of Wappingers Falls, died on January 19, 2021 in Andalusia, Alabama.

Born and raised in Holmes, New York on September 16, 1948, he was the son of Richard E. and Myrtle S. (Davis) Donohue. Rich loved his music, especially the Beatles, and playing his guitar. He also enjoyed trapping, hunting, fishing, and watching western movies.

Rich is survived by his children, Richard and Michelle; his siblings and their spouses, Gary and Susan Donohue of Whaley Lake, Cynthia Donohue of Wappingers Falls, Bryan and Wendy Donohue of Poughkeepsie, Laura and Mark McLean of Gardiner, and Julie Armstrong of Wappingers Falls; and his grandchildren, nieces and nephews.
In addition to his parents, he was also predeceased by his daughter, Sara Donohue; and his siblings, Bette Lou Tayntor, Linda Lyder, Holli Vaccaro, Jeffery Donohue, and Kelly Patton.

Funeral services will be private and at the convenience of the family.

Memorial donations may be made to the American Cancer Society or St. Jude Children’s Research Hospital.
Read Less

Consider providing a gift of comfort for the family of Richard Donohue by sending flowers.

Posted Mar 23, 2021 at 09:53am
Rich, may you rest in peace my brother. You will be missed. I love you always. Love your sister Julie
Comment Share
Share via: 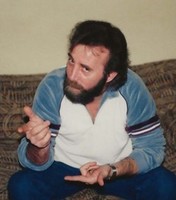