To share your memory on the wall of John Hess, sign in using one of the following options:

Born in New Rochelle, NY on January 29, 1952 to the late Charles William and Mary (Lalli) Hess, and nicknamed “Jack”, he was a graduate of New Rochelle High School. He played high school football and tried out with the NY Jets. One of his fondest memories was having caught a pass from Joe Namath. He entered the US Army and served our country from 1969-1975 in both the 101st Airborne Division and Army Reserve, and was a decorated sharpshooter.

Turning down an opportunity to join the Kansas City Chiefs, and putting family first, Jack joined Hess Hauling, where he worked until his father’s death.

On April 12, 1980, Jack married Laurie Anne Impara in New Rochelle, NY, and moved to Dutchess County in 1990. Jack was an entrepreneur his whole life. His most recent business was Hess Carting. He was an active member of the community, having served as a volunteer with the East Fishkill Fire District as both a member of the Fire Police and as past President of Hillside Lake Fire Company #3.

Jack was a parishioner of St. Kateri Tekakwitha Church, and was a charter member of the LaGrange Council #13378 Knights of Columbus.

In addition to being survived by his wife, Laurie, he is survived by his children, Paulette and Scott Morrell of New Fairfield, CT., Nicole and Nicholas Dalletto of East Fishkill, Carrie and David Tell of East Fishkill, Holly and James Tindall of Concord, NC, John Hess Jr. and Jessica DiSisto of East Fishkill, Robert and Stephanie Hess of Lake Ariel, PA., his grandchildren Taylor, Casey, Jamie, and Makenna Morrell; Cassandra, Nicholas and Scarlett Daletto, Brianna Harris and Maddox Tell, Lena-Jane, Jack and Mia Tindall, Maddison Hess, Robert, Steven and Charles Hess; his great-grandson Elliott Daletto; and many nieces, nephews, great-nieces and great-nephews. He was predeceased by his brother Charles Hess, and his sister, Carolyn “Billie” Hughes.

Calling hours will be held on Tuesday from 2-4 and 7-9pm at the McHoul Funeral Home, Inc., 895 Route 82, Hopewell Junction. The Mass of Christian Burial will be offered on Wednesday at 10:30am at St. Kateri Tekakwitha Church, 1925 Route 82, Hopewell Junction followed by entombment in Fishkill Rural Cemetery. PLEASE NOTE: In compliance with NYS guidelines, social distancing and face masks will be required. Since capacity may be limited, all attendees should be prepared for potential extended waiting periods.

Consider providing a gift of comfort for the family of John Hess by sending flowers.

3 trees were planted in the memory of John Hess

Posted Jan 29, 2021 at 02:32pm
I’am so sorry I cannot believe it we had so much fun together he was a good friend my prayers and love to family RIP Jack your buddy Mike.
Comment Share
Share via:

Posted Jan 29, 2021 at 01:20pm
Just heard the news. I am so sorry for your loss. We had great times, bowling, Red Wing & the Firehouse. Prayers to the family RIP Jack you are missed 🥲
Comment Share
Share via:
AS

We are so sorry to hear about your dad. Our thoughts and prayers are with you and your family during this time. If you need anything at all please reach out..Love Lisa and Bobby Simon (Mikes parents)..
Comment Share
Share via:
EM 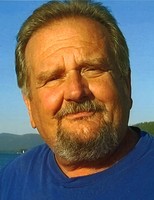