To share your memory on the wall of Jeffrey D\'Aleo, sign in using one of the following options:

Born on March 25, 1962 in Peekskill, Jeff was the son of Bernard and Carol (Gallagher) D’Aleo. On September 17, 1989 in Garrison, Jeff married Michelle Turner who survives at home.

Jeff was an Electrician for West-Fair Electric in Hawthorne. He started at the age of 18 and worked for them ever since. During that time, he started as a Journeyman and worked his way up to General Superintendent. He also acted as the 1st Year Apprenticeship Instructor for several years. In that role, he participated in several trainings at the University of Tennessee. He helped influence and encourage many 1st year apprentices in his time. He took great pride in his work and everything he was able to accomplish.

Jeff was an avid outdoorsman who loved fishing, hunting, and boating while at his camper in Rhode Island. He especially enjoyed his time at hunting camps in Illinois, Maine and New York. He shared that passion with family and friends and enjoyed passing on the joy and memories of those hobbies and activities to his sons. Jeff enjoyed traveling with his wife over the years, spending time together and experiencing new places and adventures.

In addition to his wife Michelle, Jeff is survived by his sons, Ryan and Justin; his siblings, Lisa Gilman and Steven D’Aleo and his wife Tammy; and several nieces and nephews. He also remained close to cousins and extended family. His family was most important to him and he cherished them above all else. Supporting family and friends was a priority for Jeff and he is remembered for the love he gave to those around him.

Calling hours will be held on Tuesday from 4-7:30pm at the McHoul Funeral Home, Inc., 895 Route 82, Hopewell Junction. The funeral service will follow at 7:30pm.
Memorial donations may be made online to www.lymedisease.org which helps provide information and support to those struggling with Lyme.

Consider providing a gift of comfort for the family of Jeffrey D'Aleo by sending flowers.

We encourage you to share your most beloved memories of Jeffrey here, so that the family and other loved ones can always see it. You can upload cherished photographs, or share your favorite stories, and can even comment on those shared by others.

3 trees were planted in the memory of Jeffrey D'Aleo

Posted Feb 08, 2021 at 01:04pm
I wish my deepest sympathy to Jeff's family for their loss. He had an impact on my life as a fellow electrician. He will be missed!
Comment Share
Share via:
HR

Posted Feb 08, 2021 at 11:15am
So very sorry to hear of Jeff’s passing. I spent almost 35 years dealing with Jeff as he worked for Westfair Electriic. Jeff was a very dedicated employee and a pleasure through the years to have done business with. Jeff treated me fairly and honestly no matter what the situation was and we formed a mutual respect. Please accept my deepest sympathy and know I share your sorrow. Hughie Robertson 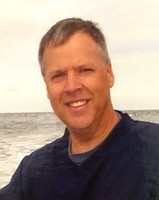