To share your memory on the wall of James Lynch, sign in using one of the following options:

Print
HOPEWELL JUNCTION – James P. Lynch, 66, an area resident since 1958, died on February 16, 2021 at the Grand at River Valley. Born in Bronxville on March 5, 1954, James was the son of the late William and Catherine (Mitchell) Lynch.

James spent his career as a landscaper, doing what he loved. He played baseball for John Jay High School in Hopewell Junction and then went on to play at Temple University. He also enjoyed coaching his sons in Little League, and his family founded the Hopewell Ions, a division of the American Legion Rookie League. In addition, James was an avid fan of the NY Mets and NY Jets and was a proud member of the United States Chess Federation. Most of all, James was loved by all who knew him.

James is survived by his son, Justin A. Lynch and his wife Kristen Lynch of the Town of Poughkeepsie; his daughter-in-law, Jessica Lynch of the Town of Poughkeepsie; his grandchildren, Cameron, Brenden, Gemma, Madison, and Caleb; his siblings and their spouses, Virginia and Ralph Chiavelli and Kathleen and Doug Snider; his former wife who he remained friends with, Deidre Lynch; his cousins especially his “Guardian Angel”, Lorraine Tully; and many nieces, nephews, and friends. In addition to his parents, James was also predeceased by his brother, William Lynch. Unfortunately, his son, James J. Lynch, died on May 18, 2021.

Donations may be made in his memory to St Vincent De Paul Food Pantry at St. Columba Church, 835 Route 82, Hopewell Junction, NY 12533. Arrangements are under the direction of the McHoul Funeral Home. Please visit James’ Book of Memories at www.mchoulfuneralhome.com.
Read Less

Consider providing a gift of comfort for the family of James Lynch by sending flowers.

Posted Feb 22, 2021 at 11:33am
As I watch the snow fall outside my window, I remember some sweet moments when Jimmy used to serenade me with song & wonderful proposals from my window, I was 10. It is ironic, my Husband, Mike & Jimmy share the same birthday....? That is something. Those days in Hopewell were laced with fun outdoor activities, like baseball, football & skating. Jimmy was an athlete & he loved being a part of a team, mostly baseball, if I recall correctly. The news of his passing struck a chord, for sure! I had not seen him in many years, but I have wonderful innocent & fun memories with him!!! He will be missed! Sorry we didn't stay connected. Peace to the Lynch Family!!!! With Love, Maureen "Coleman" D'Ulisse, XO
Comment Share
Share via:
KS

Happy B day to Mike and ALOHA! Jim will be missed by all, you are both great friends!
TC

Posted Feb 21, 2021 at 08:39pm
I heard earlier today of Jimmy’s passing and I regret that I now live in Orange County and didn’t contact him sooner! I have nothing but great memories of Jimmy and his family as we lived across the street on Tiger Road. He was always kind to me and I will always remember him and his friendly spirit, especially when we played stick ball or sports illustrated football ( SI board game). It was a tragedy when Billy died and I am truly saddened to hear that Jimmy is now gone...RIP - Sincerely and best regards to the Lynch family!
On behalf of the Coleman Family- Tom Coleman
Comment Share
Share via:
KS

Posted Feb 21, 2021 at 05:02pm
We were deeply saddened upon hearing the news of Jim's passing. He was a great "kid" and touched many lives with his sincerity, wit and humor. Jim was very coachable and had extraordinary ability playing baseball for John Jay. Jim recognized the "team concept" of winning baseball and he dedicated himself to that end. He was one of the best players in the league, and by winning 8 games his Senior year, he carried us on his back to win the League title in 1972. Our condolences to his entire family. He was way too young to be taken away from us, but may your many happy memories and good times with Jim help you at this time of sadness. Bernie & Carol Reimer
Comment Share
Share via:
KS

Thank you Bernie, you were definitly an influance on Jim. You were a commom household name, liked and loved.
KS 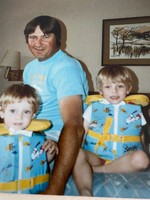 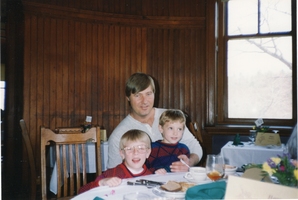