To share your memory on the wall of Richard Stephens, sign in using one of the following options:

Richard was born in Beacon, New York on November 11, 1952 to parents Harold and Viola (nee Fleming) Stephens. Rich and Colleen were married Feb. 9, 1974. Rich is retired from the NYS Dept. of Corrections, and his title upon retirement was, General Mechanic. He was a graduate of John Jay HS, Hopewell Jct., NY.

Richard enlisted in the US Marine Corp. May 1971 and received an honorable discharge May 1973 honorably serving during the Vietnam War. He dedicated his life to our Country, serving with pride and honor.

Rich had many passions: hunting, golfing and motorcycle trips with close friends were a few of his favorite things to do. His greatest joy was being with family and friends always and he was always willing to lend a helping hand in any way he could. His generosity and giving nature was what made him the amazing person he is, there are not enough words for such an insurmountable task!

Richard is survived by his wife of 47 years, Colleen Stephens; daughter, Christine (Vincent) Wylie; grandson, Nicholas John (Alexandra) Wylie all of whom reside in Windsor, Colorado; brothers, David (Kathleen) Stephens, and Donald (Liz) Stephens, and Earl Stephens; sisters, Karen (Wayne) Davis, and Kimberly (John) O’Donnell. He will also be missed my numerous nieces and nephews, as well as a great niece, and one great nephew.

Richard was preceded in death by his twin brother, Howard and sister, Kathleen.

Consider providing a gift of comfort for the family of Richard Stephens by sending flowers. 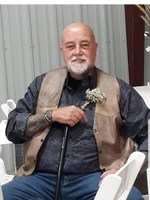