To share your memory on the wall of Barney Mulford, sign in using one of the following options:

Born in West Point on February 18, 1952, Barney was the son of the late Vincent and Vivienne (Kelly) Mulford. He graduated fro... Read More
HOPEWELL JUNCTION – Barney E. Mulford, 69, a lifelong area resident, died on February 18, 2021 at his home.

Born in West Point on February 18, 1952, Barney was the son of the late Vincent and Vivienne (Kelly) Mulford. He graduated from John Jay High School in 1970 and was employed by the East Fishkill Highway Department until his retirement.

Barney is survived by his daughters, Jessica, Kathryn, and Rebecca; his brothers, Vincent Peter Mulford and his wife Janis of Michigan and John Henry Mulford of Hawaii; and many nieces and nephews. In addition to his parents, Barney was also predeceased by his brother, Daniel Stephen Mulford.

Funeral services will be private at this time. Arrangement are under the direction of the McHoul Funeral Home, Inc. Please visit Barney’s Book of Memories at www.mchoulfuneralhome.com.
Read Less

We encourage you to share your most beloved memories of Barney here, so that the family and other loved ones can always see it. You can upload cherished photographs, or share your favorite stories, and can even comment on those shared by others. 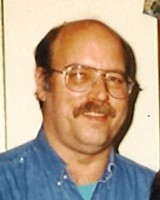