To share your memory on the wall of Peter Franz, sign in using one of the following options:

Died peacefully at home in his sleep on February 24, 2021, surrounded by his family.

Died peacefully at home in his sleep on February 24, 2021, surrounded by his family.

Pete went to Yonkers High School until 1963, he then joined the US Navy. Pete was honorably discharged in 1965.

Pete married Joann Howard and settled in Wappingers Falls, NY. He retired as a Boiler Operator at Grubb & Ellis.

He was an honorary member of the Knights of Columbus. Pete cherished fishing with his children and grandchildren. He enjoyed spending time with his family and friends at Pete’s Place. Pete loved going for joy rides in his 2016 Corvette.

Predeceased by his parents Philip and Ruby Franz, as well as his daughter Teresa F Kelley and son in-law Nicolas A. Visconti Sr.

A service of remembrance will be held from 2pm to 6pm on Saturday February 27th at McHoul Funeral home, Inc., 895 NY-82 Hopewell Junction NY 12533.
Read Less

Consider providing a gift of comfort for the family of Peter Franz by sending flowers.

Posted Mar 13, 2021 at 09:56am
My deepest condolences to the Franz family. Pete was a true gentleman, a sincere person and a pleasure to work and know him at the IBM Poughkeepsie facility. We were very saddened to hear the news about Pete. My prayers will be always with him .
Sincerely, Joe Witkowski
Comment Share
Share via:
C

Posted Feb 26, 2021 at 05:37pm
Dear Mrs. Franz and Family,
So sorry for your loss. I wish I could have known your husband and father. My grandfather was Peter Engelman, stepbrother to Katherine Franz. My family called her Tanta Katie. The other stepbrothers were John Michael Engelman (known as Mickle) and Adam Engelman. Katherine's mother and my great grandfather married and had a son Martin. As a child my family would visit
Uncle Philip and Tanta Katie in Connecticut. My mother Christine Engelman Holterman, Aunt Lorretta Engelman and I visited Ruby and Buddy (as I remember him being called). My son Bob and daughter Chrissy went to Ketcham with your daughter. My neighbors were Helen and Tony Cipollaro, Nick Visconti's aunt and uncle.
With heartfelt condolences
Mrs. Christine Dingee
Comment Share
Share via:
CS

Posted Feb 26, 2021 at 02:30pm
My deepest condolences. I work with Pete at the IBM Pok plant for a lot of years. He was always a calm guy, a true gentleman. He knew is fishing. He had his fishing stories, but only if you asked him.
Pete Cunningham
Comment Share
Share via: 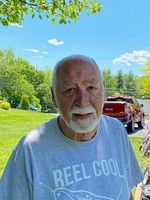 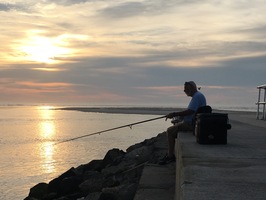 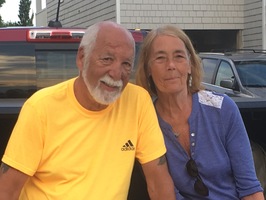