To share your memory on the wall of Rev. Mother Gloria Castro, OBT, sign in using one of the following options:

Provide comfort for the family by sending flowers or planting a tree in memory of Rev. Mother Gloria Castro, OBT

Provide comfort for the family by sending flowers or planting a tree in memory of Rev. Mother Gloria Castro, OBT

Born in El Salvador, she was the daughter of Tacio and Maria Silvia Castro. Mother Gloria studied at the Normal School for Teachers in San Salvador. She received a Bachelors Degree in Education from Fordham University and a Masters in School Administration from Columbia University.

In 1944, she entered the Congregation of Sisters Oblates to Divine Love in El Salvador. Four years later, she immigrated to the United States and was instrumental in opening the first parish school at St. Clare of Assisi Parish in the Bronx in 1951 where she served as the first principal for 16 years and as a math teacher for more than 20 years.

In 1960, Mother Gloria assisted in the acquisition of a property in Hopewell Junction that became St. Aloysius Novitiate. It is here where the future religious Sisters of the Order are formed. In 1972, the Sisters started an early childhood program: St. Aloysius Happy House Learning Center, which expanded to include nursery, pre-k and kindergarten classes throughout the years. Mother Gloria served as the second principal of St. Aloysius Happy House for 28 years.

In 1966, Mother Gloria became the Provincial Superior of the Sacred Heart Province. She was elected as the Vicar General in 1969 and in 1975 became the Superior General. During this time, Mother Gloria lived in Via Marruvio in Rome. She returned to the United States in 1981 and continued her work at St. Clare School.

PLEASE NOTE: In compliance with NYS guidelines, social distancing and face masks will be required. Since capacity may be limited, all attendees should be prepared for potential extended waiting periods.

Consider providing a gift of comfort for the family of Rev. Mother Gloria Castro, OBT by sending flowers.

We encourage you to share your most beloved memories of Rev. Mother Gloria here, so that the family and other loved ones can always see it. You can upload cherished photographs, or share your favorite stories, and can even comment on those shared by others.

Posted Mar 29, 2021 at 10:50am
To my dear Aunt Rev. Gloria Castro, OBT, You will be forever in my thoughts and prayers. Cristina 'Tinty' B Castro Knotts and Bobadilla Castro Fam.

3 trees were planted in the memory of Rev. Mother Gloria Castro, OBT

Posted Mar 24, 2021 at 09:48am
I pray for you Mother Gloria that all angels and Saints welcome you with embraces and songs. I will miss you. Love, Alessandra Romano & family

3 trees were planted in the memory of Rev. Mother Gloria Castro, OBT

Posted Mar 29, 2021 at 08:14pm
I knew Mother Gloria from when I attended Saint Aloysius as a child and had the pleasure of seeing her often at Saint Columba Church over the years. She had such an amazing heart and truly made a difference in my Catholic school education. She truly emulated the teachings of Christ and made a difference in the lives of so many. I will always remember Mother Gloria.
Comment Share
Share via:
CK

Posted Mar 25, 2021 at 04:37pm
Aunt Gloria, you are not forgotten my dearest Aunt nor will you ever be
as long as life
and memory last
We will remember thee.
The fact that you are not longer here will always cause me pain, but you're forever in my heart until we meet again. Your niece, Cristina" Tinty" to you.
🙏🙌🙏 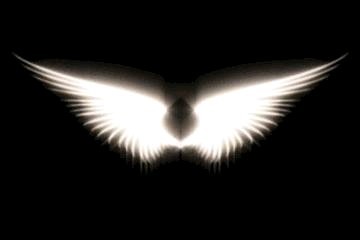