To share your memory on the wall of Frederick Schmid, sign in using one of the following options:

For in-person to choose seats
http://hopewellreformed.churchreserve.com/Vz9WIle3z7lPn5kkxigd

For those that want to watch the Zoom link:
https://zoom.us/j/93020611873
Memorial donations may be made in Frederick’s name to Hopewell Reformed Church. Please visit Frederick’s Book of Memories at www.mchoulfuneralhome.com.
Read Less

Consider providing a gift of comfort for the family of Frederick Schmid by sending flowers.

We encourage you to share your most beloved memories of Frederick here, so that the family and other loved ones can always see it. You can upload cherished photographs, or share your favorite stories, and can even comment on those shared by others.

Posted Mar 23, 2021 at 04:56pm
I knew Fred & Anneliese from Bronx church(St. Paul's ) where my dad served as the pastor. They both were such wonderful & amazing couple. Pray that God will fill your family with peace & comfort.
Comment Share
Share via:
PD

Posted Mar 23, 2021 at 03:59pm
to Sue Schmid and family: my condolences to all. Your father-in-law must have been proud of your steadfast leadership support of the Boy Scout program (Scouting for Food) that helps feed those in need while teaching that virtuous behavior to the youth in Scouting. May pleasant memories of his active life comfort you. Peter Dowley
Comment Share
Share via: 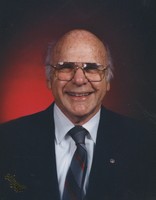 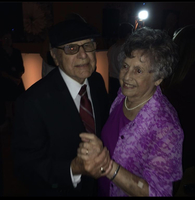