To share your memory on the wall of Marianne Ialonardi, sign in using one of the following options:

Print
HOPEWELL JUNCTION – Marianne Ialonardi, 77, an area resident since 1996 and formerly of Yonkers, died on April 12, 2021 after a long and courageous battle with Parkinson’s Disease.

Born in Queens on October 13, 1943, she was the da... Read More
HOPEWELL JUNCTION – Marianne Ialonardi, 77, an area resident since 1996 and formerly of Yonkers, died on April 12, 2021 after a long and courageous battle with Parkinson’s Disease.

Born in Queens on October 13, 1943, she was the daughter of Joseph and Mary Harney. On April 29, 1961, Marianne married the love of her life, Raymond Ialonardi, who predeceased her on June 8, 2020. Marianne was a devoted mother, grandmother, sister and aunt.

Marianne is survived by her daughters, Dina Finelli and Christine Cassetta; her grandchildren, Alexa Rae and Jared; her son-in-law Anthony Cassetta; her sisters Dotty Oliva, Pat Rudolph and brother-in-law Kenneth, Judy Depp and brother-in-law Wesley; and many nieces, nephews, great-nieces and great-nephews. Marianne was predeceased by her brothers Joseph and Richard, and her sisters Anne, Helen, and Gerry.

Calling hours will be held Wednesday, April 21, from 10am – 12pm at the McHoul Funeral Home, Inc., 895 Route 82, Hopewell Junction. A graveside service will follow at 12:30pm at Fishkill Rural Cemetery.

Memorial donations may be made in Marianne’s name to the Parkinson’s Foundation. Marianne’s family truly appreciates the kind and loving care that she received from many health care providers in her last months.
Read Less

Consider providing a gift of comfort for the family of Marianne Ialonardi by sending flowers.

We encourage you to share your most beloved memories of Marianne here, so that the family and other loved ones can always see it. You can upload cherished photographs, or share your favorite stories, and can even comment on those shared by others.

Posted Apr 26, 2021 at 03:38pm
I loved you Mom & Dad, and am glad that they They have been reunited in Heaven painfree . Prayers are being sent to your families with Love to yo all

3 trees were planted in the memory of Marianne Ialonardi

Posted Apr 14, 2021 at 03:43pm
Love to Dina, Chrissy and Anthony..and all the Harney and Ialonardi families....our thoughts are with you...forever in our hearts and prayers
Comment Share
Share via: 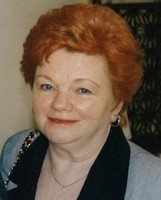 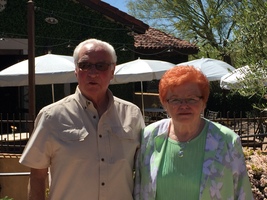 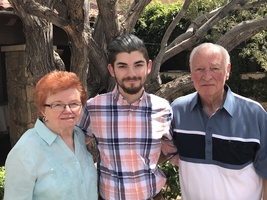 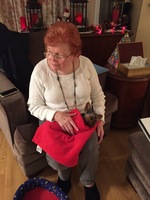