To share your memory on the wall of Frank DiMaggio, sign in using one of the following options:

Print
Frank “Stories” DiMaggio, 60, a resident of Hopewell Junction since 2002 and previously of Yonkers, died on April 13, 2021 at Vassar Brothers Medical Center.

Born on June 27, 1960 in Bronxville, Frank was the son of Frank and Ang... Read More
Frank “Stories” DiMaggio, 60, a resident of Hopewell Junction since 2002 and previously of Yonkers, died on April 13, 2021 at Vassar Brothers Medical Center.

Born on June 27, 1960 in Bronxville, Frank was the son of Frank and Angela (Bellantoni) DiMaggio.

Frank was the owner of Village Automotive in Tuckahoe for 15 years until his retirement in 1998. He was a member of the racing club and enjoyed music, DJing, cooking, dancing, laughing, joking and storytelling.

Frank is survived by his children, Frank DiMaggio of Tarrytown, Jessica DiMaggio of Queens; his mother, Angela DiMaggio of Fishkill; his siblings, Donna Merlino and her husband Salvatore of Pleasant Valley, Joy Bombace and her husband George of Wappingers Falls, Philip DiMaggio and his wife Cindy of White Plains; his former wife, Diane DiMaggio; and several nieces, nephews, great nieces and great nephews.

Consider providing a gift of comfort for the family of Frank DiMaggio by sending flowers.

We encourage you to share your most beloved memories of Frank here, so that the family and other loved ones can always see it. You can upload cherished photographs, or share your favorite stories, and can even comment on those shared by others.

I pray for peace and solitude during this very, very sad time.

I will continue to cherish the laughter & the fond memories we’ve shared during our short time together.

This is extremely sad news.

Posted Apr 18, 2021 at 08:53pm
Frank and I have know each other since p.s. 29 , we reconnected again in Dutchess County , through my brother Chris , and any time I needed him he'd be right there . We'd talk about old times and he'd have that great smile on from ear to ear! Deb and Lou and I have been clients of his for almost 20 years and he always made sure we were taken care of. A dear friend who will be sorely missed ,peace to you and your family , always your friend , Al , and the Pucci family
Comment Share
Share via:

My dear friend, you will be missed.A dear family friend from 29 through Roosevelt. I never had to worry about being trapped in a snow storm, you would show up like clock work. I loved the reminiscing we would do about the old days in Yonkers. It was never about the snow, it was about an old friend stopping by.You always made us smile. May all the angels in heaven welcome you to paradise...you have earned your place. Deb & Lou
TD

Posted Apr 16, 2021 at 04:26pm
Sorry to hear about Frank. I met him in Walt Whitman Junior High school in 7th grade. We raced our cars at Atco and Raceway Park.
Comment Share
Share via: 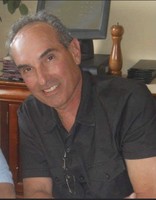 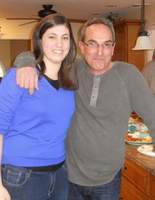 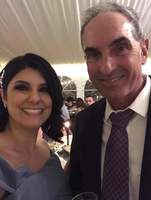 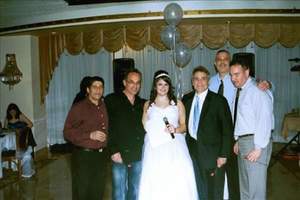