To share your memory on the wall of Timothy Henagan, sign in using one of the following options:

Born in Boston, Massachusetts on September 15, 1964, he was the son of Barbara (Herrick) Pica and the ... Read More
NYACK – Timothy George Henagan, 56, died suddenly at his mother’s home in Wappingers Falls, following complications from surgery.

Born in Boston, Massachusetts on September 15, 1964, he was the son of Barbara (Herrick) Pica and the late George Henagan. Tim was a proud member of Local # 38 in Brewster where he worked as a sheet metal worker.

Tim loved life and was an all-around good and fun guy! He enjoyed riding his Harley, golfing, fishing, and sports. He was a talented bass guitarist, and never missed out on an opportunity to listen to live music.

Calling hours will be held on Thursday from 4-7pm at the McHoul Funeral Home, Inc., 895 Route 82, Hopewell Junction. There will be a service at 7pm.

Memorial donations may be made to Tim’s son to help him during this difficult time. Checks may be made payable to Barbara Pica, and mailed c/o McHoul Funeral Home, Inc., PO Box A, Hopewell Junction, NY 12533.

Consider providing a gift of comfort for the family of Timothy Henagan by sending flowers.

We encourage you to share your most beloved memories of Timothy here, so that the family and other loved ones can always see it. You can upload cherished photographs, or share your favorite stories, and can even comment on those shared by others. 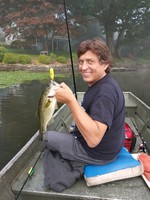 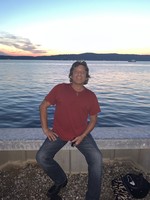 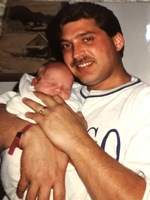 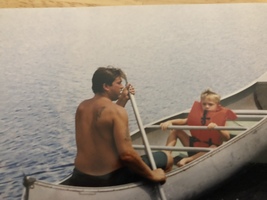