To share your memory on the wall of Loretta Lane, sign in using one of the following options:

Born on April 10, 1934 on Bell Island, Newfoundland, Canada, she was the daughter of Gerald and Bertha Ford. Loretta was employed as a health care worker for the Cardinal Hayes Home in Millbrook. She enjoyed playing cards with the “girls.” She also enjoyed Bingo, and she ice skated into her 60s. Loretta loved watching her grandson play hockey and was an avid fan of the New York Rangers.

On August 25, 1955 on Bell Island, Loretta married James B. Lane who predeceased her on August 2, 2001. She was also predeceased by her son, Terrence Paul Lane; and her siblings Rev Ford, Eddie Ford, Bart Ford, Margaret Ash and Raymond Ford.

Loretta is survived by her sons, James “Randy” Lane and his wife Elizabeth, and Joseph Lane; her grandson, James Lane; her great-granddaughter, Emma Jean Lane; her brother, William Ford; and many nieces, nephews, great-nieces and great-nephews.

The family would like to thank the members of the East Fishkill Police Department for their kindness toward Loretta throughout the years.

Consider providing a gift of comfort for the family of Loretta Lane by sending flowers.

We encourage you to share your most beloved memories of Loretta here, so that the family and other loved ones can always see it. You can upload cherished photographs, or share your favorite stories, and can even comment on those shared by others.

Posted Apr 28, 2021 at 05:21pm
Randy, Joe, you mom was the sweetest women I ever met. It was a pleasure knowing her. May she rest in peace....Hank Milczewski
Comment Share
Share via: 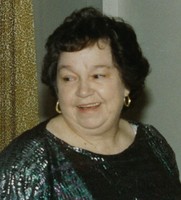 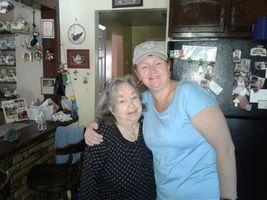