To share your memory on the wall of George Hajkowski, sign in using one of the following options:

Print
George Hajkowski, Jr., 55, an area resident for 29 years and formerly of Putnam Valley, died on May 10, 2021 at Vassar Brothers Medical Center.

Born on February 10, 1966 in Mount Kisco, he was the son of George Hajkowski, Sr. and the lat... Read More
George Hajkowski, Jr., 55, an area resident for 29 years and formerly of Putnam Valley, died on May 10, 2021 at Vassar Brothers Medical Center.

Born on February 10, 1966 in Mount Kisco, he was the son of George Hajkowski, Sr. and the late Madeline (Pastor) Hajkowski. George was employed by the Sprinkler Fitters Local #669. He had been a member of the Beekman Fire Company. He enjoyed motorcross, fishing and hunting.

In addition to his father, George is survived by his twin daughters, Emily and Elizabeth Hajkowski and their mother Lisa; his brothers, Jimmy and Eddie Hajkowski; and his nephew, Edward Hajkowski.

Calling hours will be held on Saturday, May 22, from 2-4pm at the McHoul Funeral Home, Inc., 895 Route 82, Hopewell Junction. There will be a funeral service at 4pm.
Read Less

Consider providing a gift of comfort for the family of George Hajkowski by sending flowers.

Posted May 20, 2021 at 07:55pm
I have many memories of the times we spent in Seaside, riding rides, getting ice cream, going on the boat; Sunday lunches at your house with MaryLou; holiday dinners at Frank and Florence's. Give your Mom a big hug for me and rest in peace cousin!
Georgette
Comment Share
Share via: 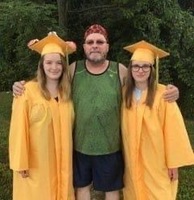 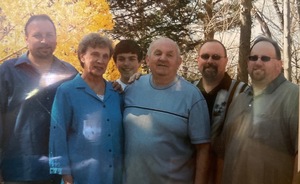 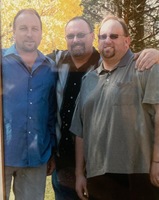